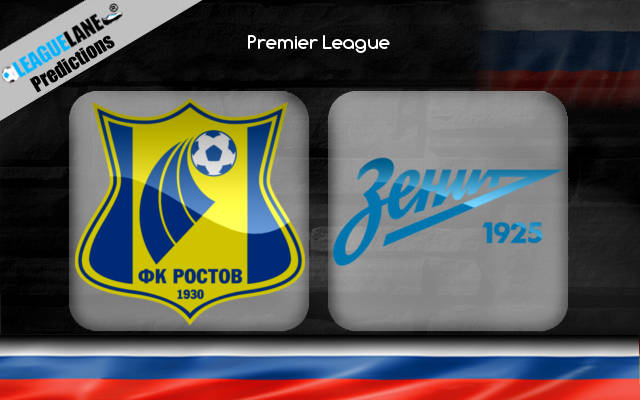 Zenit are the reigning champions of the competition, and have easily been the best in Russia for the past several years. They also have a great h2h record against Rostov over the years. Likely, expect a routine victory for the title-holders.

They had lifted the title the last season with such authority that they had a lead of eight points at the top, and also had scored 20 more goals than any other team in the competition.

In fact, they also had conceded the fewest, and had an unbelievable goal difference of +50 from just 30 games.

Meanwhile, Rostov had a goal difference of just +2, and they had remained winless in 17 of their total 30 match-ups. 13 of these were defeats as well.

Furthermore, the champions also have a great h2h record against this foe.

By the looks of things, expect a win for Zenit this Sunday.

On the other hand, their counterparts were winless in 17 of their past 23 overall games, and 13 of these were defeats. Moreover, they also have a poor h2h record against this opponent over the years.

Considering these observations, expect a win for Zenit this weekend against Rostov.