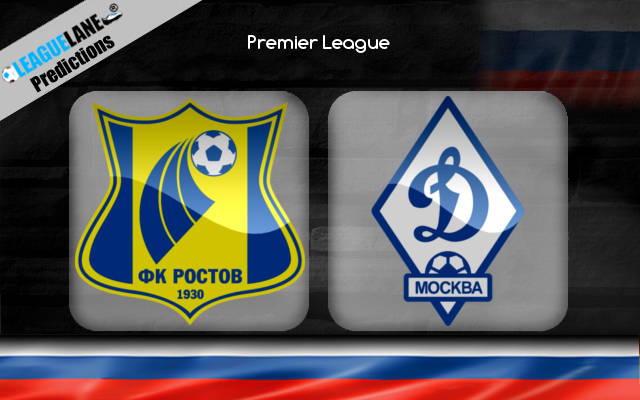 Rostov was in ninth place out of the 16 teams that featured in the Russian Premier League last year. The Selmashi will start the new edition of the campaign in 2021 against Dinamo Moscow on Friday. The latter finished the league last term at the seventh spot on the table.

The host will come into the game with a dip in form from the last season. They ended the previous season with five defeats in the last seven league clashes. Their previous encounter in Premier League was at home and they lost to Krasnodar with a 1-3 scoreline.

In the meantime, Dinamo Moscow finished in style last year in the campaign with a win. However, the guest had only two wins in their last six fixtures in the schedule. They will visit on the back of that 3-2 win at home against the likes of CSKA Moscow in the last league clash.

Within the last two years, the teams have met five times in the league. It has always been the host that has won in the fixture. Besides, they have scored at least two goals in all but one of those five h2h clashes.

Rostov enjoys the ground advantage in the middle and has lost none of their h2h clashes at this venue with the visitor since 2015. Thus, the double chance favoring the home team will probably be the best bet for the punters.