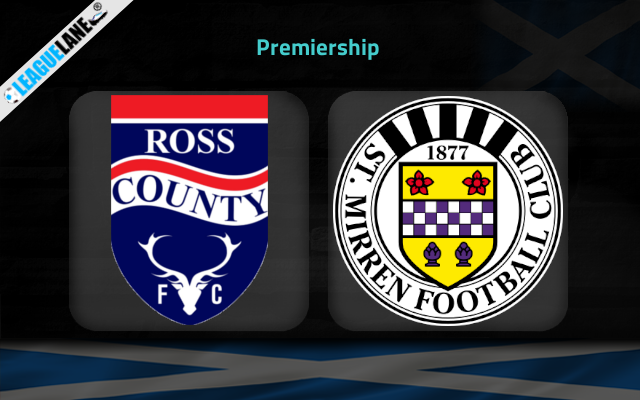 Neither Ross County nor St. Mirren sits inside the top 6 of the league table. Both these outfits are struggling for consistency in the final 6. They will meet each other on Saturday afternoon at Global Energy Stadium in the 30th Round of Premiership games.

Ross County possess an inconsistent form since the beginning of this season. They sits 10th on the table. They have managed to collect 8 points from the past five league fixtures to add up to a total of 30 points. However, they are five points clear from the safe zone.

Meanwhile, St. Mirren have managed to decrease the gap between them and the promotion zone to two points after collecting 8 points from the past five league fixtures. They have a seesaw of form in the league and will be seeking a positive momentum.

Ross County were last seen on a Premiership Matchday at home against St. Johnstone. They won the match with a ft score of 3-1. They have managed to stay unbeaten in 8 of the past 12 league fixtures. Although, their defence have failed to prevent goals from the opposition since December 2021.

On the other side, St. Mirren have just recorded a Premiership defeat at home against Hearts. They conceded two unanswered goals in that match. However, they have managed to record a positive result in 5 of the past 7 league fixtures and hence, we don’t quite see them conceding another defeat in this fixture.

The hosts are unbeaten at home since December 2021. Similarly the visitors are unbeaten on road since the past year. Therefore, we are not backing either of these outfits. Draw looks like an ideal option for this one.