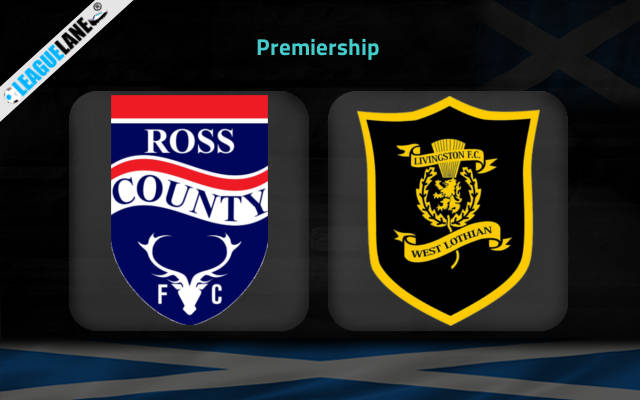 Ross County vs Livingston Predictions and Free Tips from our expert tipsters when the teams go head-to-head in Premiership on Saturday, 07 January 2023.

Ross County started the year on a good note as they held Aberdeen in a goalless draw. Manager Malky Mackay will expect a similar result as his team will face Livingston for their first home fixture of the month. However, it will be a difficult task considering that they are at the root of the table.

Morgan Boyes’s goal in the first half was not enough for Livingston to win when they played against Motherwell last time. They are presently sixth in the league.

The host won the most recent meeting, this is their only victory in the last two years. Do note that both teams will be playing at Global Energy Stadium after nearly one year.

The visitors are unbeaten in the last eight head-to-head meetings, starting in 2020.

Who will win the match between Ross County and Livingston?

We are backing Livingston to take all three points from this game. They are the heavy favourites to win as they have a good unbeaten record against County.

Another reason is that host have not won a home fixture since late November. They have only won once at home since August 2022.

The last four meetings between these two teams ended with not more than two goals. The past records shows that this fixture is not a high-scoring one.

Both teams scored in four of the last six encounters. The visitors managed to score one goal against Motherwell recently. We can expect both teams to find the back of the net.

The first tip is that Livingston will win both halves – at 4.33 odd. Livingston won both halves of the game in their last two victories against Ross County at Global Energy Stadium. It is worth mentioning that the host are at the bottom of the table and are on a five-game winless run.

Furthermore, our second tip is that Both teams to score – at 1.80. Both teams have scored in the last six head-to-head meetings with just two exceptions.