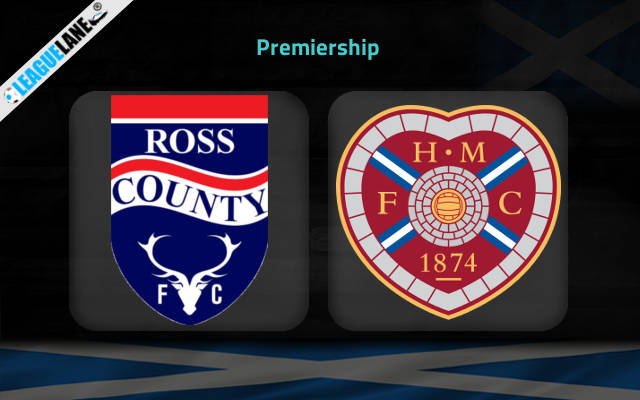 Hearts have been one of the best teams in the competition this season. In fact, they have been the ‘Best of the Rest’ after the two titans, Celtic, and Rangers.

The team is placed third as expected, and are pretty much guaranteed of that spot at the end of the regular season. Their objective now would be to be prepared for the Championship Group fixtures.

Meanwhile, Ross County are placed seventh in the table, and their form has been pretty good recently. But they are under pressure to improve their position in the table. If they are not able to secure a top-six finish, they will have to take part in the Relegation Group.

By the looks of things, expect a fierce encounter this Saturday. And the in-form offense of Hearts should capitalize on it.

Hearts had won four of their last five fixtures, and they had slotted in a total of 12 goals in the process. They had also lost just twice on the road since the first week of December, and in the process had gone on a three-game winning streak as well.

On the other hand, Ross County were winless in seven of their past eleven games, and they had remained so in three of their past five appearances at home.

Taking into account these observations, and past h2h stats, expect a win for Hearts.

And do anticipate goals in plenty, considering the offensive prowess of both squads, and the desperation of Ross County.

Tips for Ross County vs Hearts