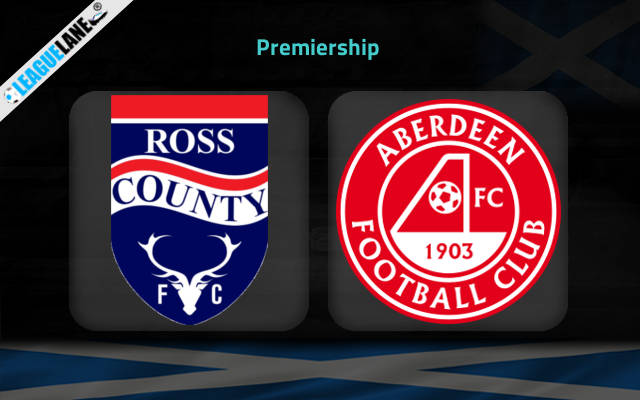 All Matchday No 6 games will be in the shadow of the Old Firm derby but we could also be in for a very interesting encounter at Global Energy Stadium on Saturday as Ross County and Aberdeen are set to lock horns.

Aberdeen will come into the tie in much higher spirits after a demolishing 5-0 victory over ten-man Livingston seven days ago.

Macedonian forward Bojan Miovski continued his amazing spell of form by completing a brace on the occasion.

Miovski now has five goals to his name and he will no doubts be the main threat to Ross County’s goal on Saturday.

Aberdeen have three wins and two losses in the opening five rounds and they head into this match as the bookies’ favorites, too.

However, we must not forget that the Dons have been struggling badly to perform on travels in the previous term of Premiership.

Aberdeen finished the last season third from bottom in the Relegation Group and they had a dismal record of 10 defeats in 17 away outings on the road in the regular season.

Ross County, on the other side, opened the 2022/23 campaign in a much slower fashion, losing four of the maiden five games of the season.

Nevertheless, Malcolm Mackay’s troops have already played the likes of Celtic, Rangers, and Hearts in the opening five rounds.

We firmly believe that the bookmakers have significantly underestimated Ross County here, pricing them at sky-high 4.00 odds to claim the spoils in front of their fans in Dingwall.

Aberdeen have been struggling badly to perform on travels last season and we are going for the value, backing the home win pick here at the 4.00 odds. Since none of the last three H2H meetings saw three or more goals, we will also shoot for the Under 2.5 goals FT bet at the 1.72 odds.