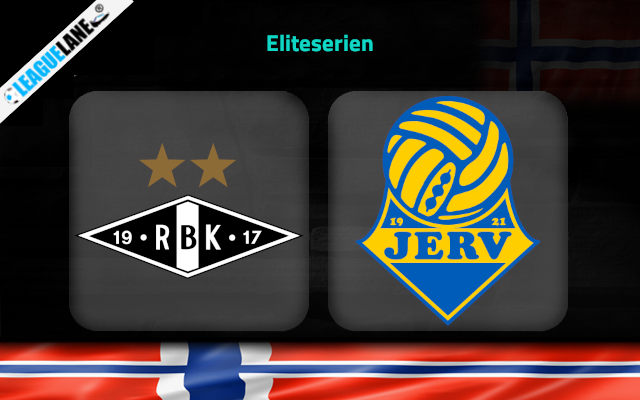 Rosenborg had an unbeaten start to this season. They have somewhat succeeded in maintaining the same further by recording mixed displays which are mostly unbeaten outcomes. Their form is decent and they have only conceded two defeats so far this campaign.

Rosenborg recorded a 1-1 draw against Viking on road in their most recent league fixture. With that draw, they have managed to wove a thread of two unbeaten games and will be having the hopes of extending it further to maintain a positive unbeaten consistency.

Meanwhile, Jerv had an average start to this season by recording two wins and two defeats from their first 4 league fixtures. Instead of improving the above form, they turned dreadful by remaining winless since then to push themselves down to the relegation part of the table.

Jerv recorded a 1-1 draw against Molde on road in their most recent league fixture to wove a thread of two unbeaten games in the league. The above run have allowed them to climb a spot up in the table but are still in the danger zone and will be having the desperation of escaping it.

The unbeaten run of Rosenborg at home will motivate them to seal more of those when they enters their next one here. They have won three and dreww two of their 5 home outings so far this campaign. The impressive form of their offensive side of late is a plus.

On the other side, Jerv is yet to record a win on road this season. They are unbeaten in each of those 5 on road outings they had so far this campaign and lost four of those leaking goals at a good rate.

Considering all the above stats, we can easily back Rosenborg to seal a win against this Jerv when they both meet in an Eliteserien fixture on Sunday.