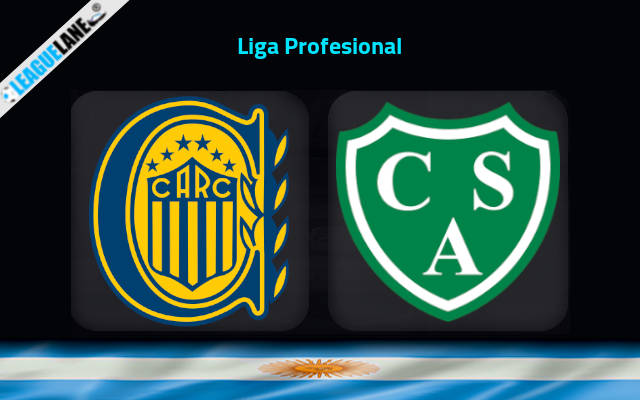 Gameweek 7 of Liga Profesional is set for this Saturday as Rosario Central who are on a 3-game losing run play host to Sarmiento where both these sides are separated by 14 places and 4 points. These two teams will be seen clashing at Estadio Gigante de Arroyito.

Sarmiento is at the 13th spot on the standing with 8 points from 6 games. They won, drew and lost 2 games each while they come here on the back of a 3-game unbeaten run. The visitors have seen netting frequently but they tend to concede more of the same which hints that some defensive adjustments is needed.

In their previous game, Sarmiento drew 1-1 in the Superliga tie with Racing Club. Throughout their recent 6 matches, Israel Damonte’s men have found the back of the net 6 times therefore giving them the goals scored per game average of one.

On the other side, Rosario resides second from the bottom at the 27th position on the table with 4 points. Of the 6 matches played, they won and drew a game each while having lost on 4 other fixtures. They had fired blanks in 4 games this season and they now come here on the back of 3 straight league losses.

Rosario Central will be hoping to bounce back here after the 2-1 Liga Profesional losing effort in their last game against Aldosivi. They score an average of 0.33 goals in their Primera Division matches and have the worst ever attacking front this season.

Sarmiento has put together a good run of form and has now gone 3 games without defeat. But they have not won away from home in their last 8 league matches. But they remain undefeated in their last 2 h2h meetings.

Since both sides are weak in their own way, we feel that an away win or draw seems to be safe option.