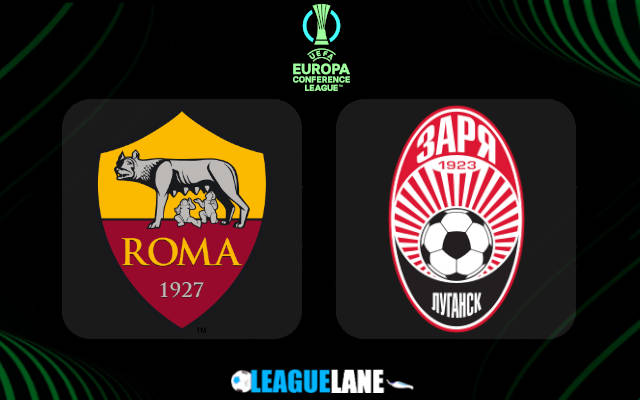 Roma are massive favorites going into this match on Thursday. They can’t afford a slip-up after consecutive failures against Bodo/Glimt. We sincerely doubt they will drop the ball once again. A comprehensive home win is our main betting recommendation for this one.

Roma took only one point in a double-header against Bodo/Glimt in the last two rounds and they will be looking to rebound in Game week No 5 when Ukrainian side Zorya come to visit Italian capital.

The teams are currently separated by a single point and a potential slipup could mean farewell from the knockout phase of the Conference League for Jose Mourinho and his troops.

Nevertheless, they do come into this as heavy favorites. They have demolished Zorya in what was a completely one-sided affair in the reverse fixture in Ukraine (0-3).

There is so much to suggest that we could be in for a high-scoring affair here once again.

As many as ten goals were scored in Roma’s two home outings in this term of the Conference League.

Also, Zorya fell 3-1 away at Bodo/Glimt on Matchday No 1. The Ukrainians thus revealed their defensive holes against both Bodo/Glimt and Roma so far in the campaign.

Moving forward, Roma will enter this tie in much higher spirits following the weekend’s 0-2 victory at Genoa.

On the other hand, Zorya fell 2-1 away at Lviv in the topflight of Ukrainian football after the international break.

Tips for Roma vs Zorya