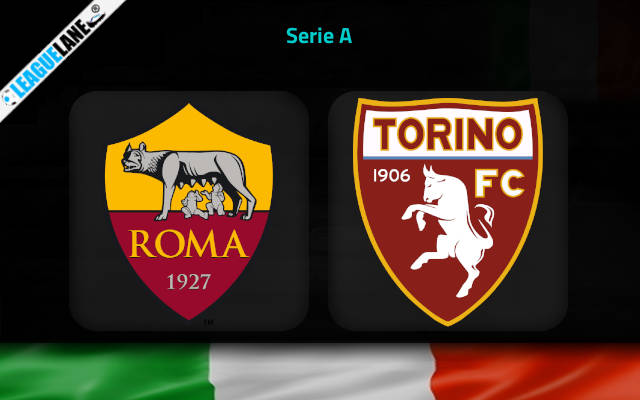 Torino have a poor away record of one win, one draw, and four defeats in six league games this term. They have scored only three goals in the process and we are not quite optimistic regarding their chances here against an in-form Roma side.

Roma dominated this matchup historically, especially in the clashes at Stadio Olimpico where they picked up 16 wins in 20 matches against Torino.

The Over 2.5 goals FT & Both Teams To Score option came in four of the last five head to head games between these two rivals.

Roma bagged three or more goals in each of the last six home clashes against Torino.

Roma will be looking to complete a perfect week on Sunday afternoon when they host Torino in the 14th round of the Serie A.

They managed back-to-back clean-sheet wins over Genoa and Zorya within the last seven days and will go into this in the highest of spirits.

Jose Mourinho can breathe easier after a 4-0 drubbing of Zorya as the Romans have booked a place in the knockout phase of the UEFA Europa Conference League on Thursday night.

Also, the team produced a great effort last weekend at Genoa, limiting the rivals to just a single attempt during the 90 minutes of play at Stadio Comunale Luigi Ferraris.

Youngster Felix Afena-Gyan made the difference at the opposite end by scoring a couple of late goals for the Romans on the occasion.

Rom are now fifth in the Serie A table, sitting just three points shy of Atalanta in fourth place.

They can ill afford slip-ups at home against teams such as Torino if they want to keep any chances of staying the contention for the UEFA Champions League spots next season.

Torino have been playing hot and cold throughout the campaign but they have generally produced better performances at home than on travels so far in the season.

Tips for Roma vs Torino