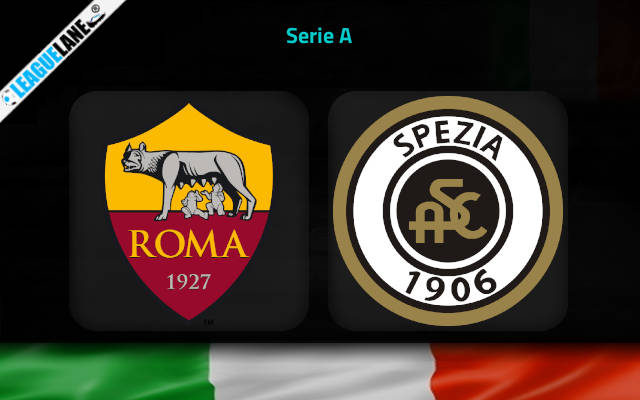 Roma want to get back to the top-six in the Serie A table as soon as possible. They should be in position to do so with w in against Spezia who have claimed only one point in the last four league outings. We are backing the hosts in a high-scoring contest here.

Roma and Spezia will drop curtain on Matchday No 17 in Serie A on Monday evening when they take on each other at Stadio Olimpico.

The hosts will be highly motivated to bounce back from a two-loss streak. They have failed to find the back of the net in consecutive defeats to Bologna 1-0 on the road) and Inter Milan (0-3 at home) in the last two rounds.

Jose Mourinho’s men dropped to the seventh place in the Serie A table as a consequence. Nonetheless, Spezia’s visit should really provide a great chance for the hosts to rebound and get their league campaign up and running.

The visitors have the worst defense in the league with 36 goals conceded in 16 matches. They are also one of the weakest travelers in the competition.

Spezia won one, drew one, and lost six of eight away outings this term, conceding as many as 25 goals in the process.

This will be the music to the ears of Jose Mourinho whose men have generally played much better at home than one the road so far in the season.

Tips for Roma vs Spezia