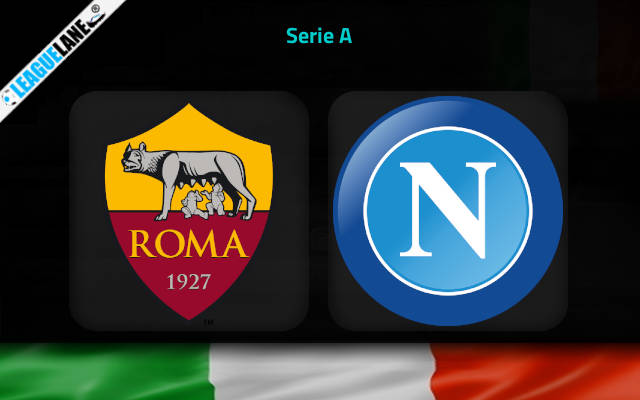 As these two lock horns this weekend, chances are high that we are about to witness a goal-fest.

Jose Mourinho led Roma to a European title the last season, and with the arrival of some huge players, they are definitely cooking something special this season.

They managed to win four of the past five games in the league, and the one fixture where they dropped points came against the second-placed Atalanta. In fact, they also have a 100% winning record at home, barring just one match-up.

Meanwhile, Napoli are the best team in the league by all means. They are at the top of the table with a two-point lead, and they scored the most number of goals. They are also the only squad in the whole league to win the last five matches in a row.

Furthermore, whenever these two teams locked horns in the past – goals came in huge numbers.

Expect more of the same this Sunday as well, at the Stadio Olimpico.

The Romans are on an impressive stretch of games lately, and this even included the win against former champions – Inter Milan.

Going on, Mourinho’s men lost just twice at this venue this whole season, and one of these defeats even came in the Europa League.

On the other hand, Napoli are on a long winning streak, and on an even longer unbeaten run. In fact, it’s been six months since they tasted defeat in any competition.

Their offense has superbly complemented the team through this stretch.

In addition, goals also came in plenty in the past whenever these teams locked horns.

By the looks of things, expect a high-scoring thriller this weekend.

Tips for Roma vs Napoli