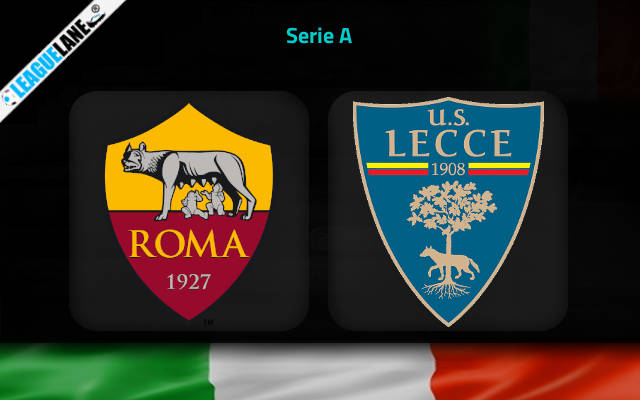 Both Roma and Lecce are unbeaten in their most recent games respectively. They will both clash at Stadio Olimpico this Sunday on Matchday 9.

The host are having an unusual form this season. They are losing every alternate game; however, it needs to be mentioned that the defeat came against two top teams of Serie A this season.

They began this month on a good note by defeating Inter Milan by 2-1. In that game, two goal scorers namely Paulo Dybala and Chris Smalling were the goal scorers.

The team is in the sixth position on the table following this win. Moreover, they have only lost twice this season.

Meanwhile, the visitors won their first game of the season against Salernitana last month. Do note that they are on a three-game winning streak this season.

Half of their fixtures have ended in a stalemate in this campaign. This is one of the reasons why they are thirteenth in the league. In their last league outing, they had to settle for a 1-1 draw against Cremonese.

In that game, Gabriel Strefezza scored a penalty in the first half of the game. He is currently on a two-game goal-scoring streak.

The visitors have conceded nine goals this season. Moreover, three of their last five matches have ended in a stalemate.

The host are full of confidence as they have the best winning record against this side at Stadio Olimpico. Moreover, if they manage to win this fixture they will jump to the third spot on the table.

Moreover, the host have won three of their last five games, compared to only one for Lecce.

Our first prediction is that Roma will win this game with Over 2.5 goals – the odd for this combined tip will be at 2.10 odd. This is after considering the visitors are winless since the last ten years. Moreover, the host have won the last two games by scoring at least three goals.

Moreover, our next tip for this game is that Roma will keep a clean sheet – at 1.80 odd. In two of the last four games at Stadio Olimpico, the host have kept a clean sheet.