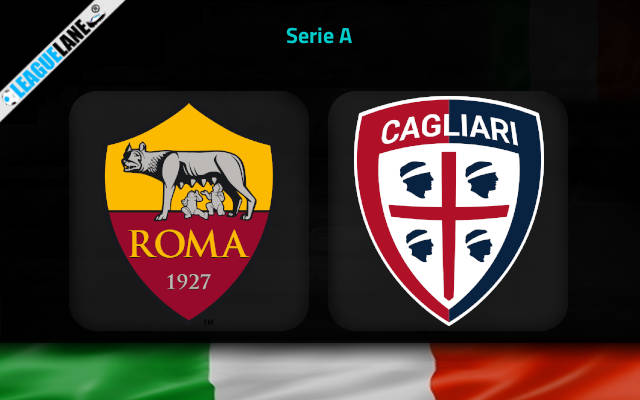 Roma are one of the best in Italy, and they are one of the top-four prospects. However, they are placed in the seventh position at the moment, and they have quite some ground to cover to get to the top-most tier.

They will have to overtake the likes of Juventus and Atalanta to do such a thing, and by no means is it going to be easy.

Likely, they will have to be in the hunt for points, and this upcoming match-up is a great opportunity to do that.

They are at home, and are pitted against one of the relegation-battlers. Cagliari are placed 18th in a table of 20, and they have had one of the worst defenses in the entire competition.

By the looks of things, expect a win for Roma at the Stadio Olimpico this weekend.

Roma did lose 3-4 at home the last match-day. But it was none other than Juventus. In fact, their few losses this season have come against some of the best teams in Italy.

Going on, at home, they have been on a superb run almost through the entirety of 2021. In the process they had gone through a seven-match winning run, and their only three losses at this venue in the past ten-month period, had come against the three best teams in the country.

On the other hand, Cagliari did win 2-1 at home the past game week. But it was against the struggling Bologna. Going on, they were winless in 18 of their preceding 22 games, and they could manage a single win on the road this whole season in all competitions.

Taking into account these observations, and the h2h superiority of Roma, expect a win for them this weekend.

Tips for Roma vs Cagliari