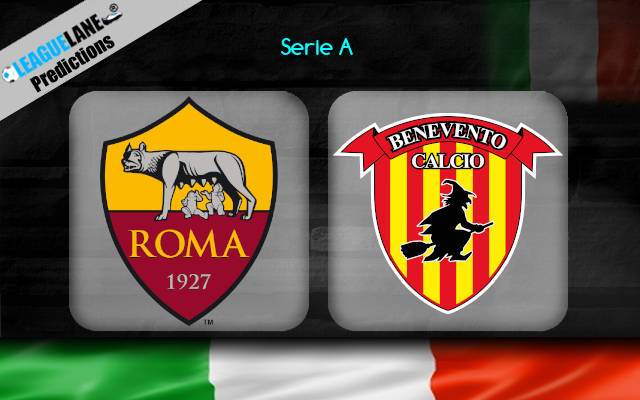 Even though the current standings are not really showing it, AS Roma are having solid performances in Serie A so far.

Default loss to Hellas Verona due to administrative mistake was surely big downgrade of their morale, but they surely regained after matches against Juventus and Udinese.

Now, AS Roma are looking for the first home win of the season against newcomers to the elite, team Benevento.

This match is taking place on Sunday night and anything but a home win would be labelled as a surprise.

Hosts are huge favorites to grab all three points at low 1.30 odds.

It was quite unfortunate for Paulo Fonseca and his boys to win only one point against the reigning champions. The Old Lady crawled back from abyss and escaped Rome with a 2-2 draw. Some would say that was undeserved point for Juve.

Later on Roma ventured to rough away day against Udinese, but returned home with first victory of the season. It was a narrow win, involving a lot of luck and missed opportunities from Zebras.

Pedro was the one to score the only goal at Dacia Arena. He is expected to be in the starting roster on Sunday too, paired with Dzeko and Mkhitaryan.

Benevento definitely shouldn’t be underestimated. It’s been a while since one team won Serie B in such dominant fashion like them.

This squad also collected six points by beating Bologna and Sampdoria. We feel they will hardly avoid defeat in Rome, but can at least score one goal.