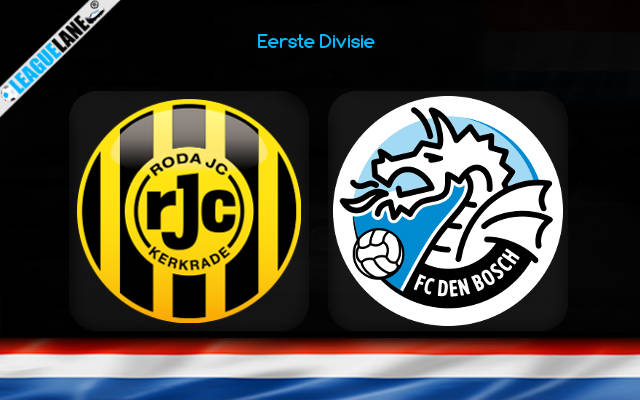 After losing last couple of matches, Roda JC has at least achieved a win in their last match. With a win to their name again, they will host the next match against Den Bosch at their home ground, this Friday.

Roda JC has broken their no-win streak with a win against Dordrecht in their last match. Roda scored 5 goals against their opposition’s 2 goals ending the game with2-5 FT score.

Den Bosch, who is in 10th position in the table, has lost yet another game. NAC Breda scored 5 goals against Bosch in their last match and ended the match with 0-5 FT score.

Roda JC is in 8th position in the league table with 27 points after 18 matches. The hosts have secured a win after 4 matches, which takes their win count to 7 in the Eerste Divisie. Roda JC can play in the playoffs for a chance in Eredivisie, if they keep getting more wins in the upcoming matches.

The team has not won the last 4 matches in their home ground and their last home match ended in a goalless draw against VVV. From their 9 home matches, the team has 2 wins, 4 draws and 3 losses.

The visitors, Den Bosch, are in the 10th position with 25 points. They have kept a win-streak for 3 matches until their match against Volendam. Now the team has lost their last two games and need to improve their form if they want to move up the table. From their last 8 away matches, the team has 2 wins, 1 draw and 5 losses.

The teams are only 2 points away from each other. The 3-points in the next match is decisive for both teams.