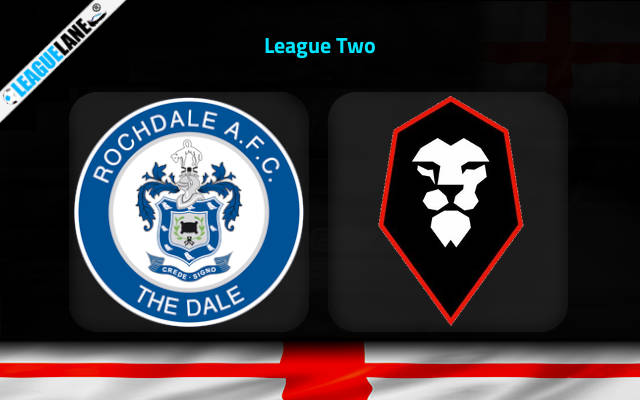 Game week 37 of League Two brings us the match between Rochdale and Salford City on Tuesday at Rochdale.

Rochdale played against Barrow in their last match. Both teams failed to score in the match, resulting in the match to end in a goalless draw.

Salford City played their last match against Exeter City. They too failed to score a single goal in the match, ending the match in a goalless draw.

With the loss in the last match, Rochdale now has a cold streak which has lasted for over three match days, and has failed to score in the three as well. They have won in their matches only occasionally, making their pace to move up the table slower. The team now sits in the 18th position with 39 points from their matches.

With another draw from their matches, the team is now unbeaten in the last six matches. They have won in five of the last ten matches, drawn in three and lost in two. The team’s performance has achieved mixed results throughout the season, which has resulted in the team sitting 11th on the league table with 49 points.

Salford City will hope to keep their streak going with a win in this match. They are unbeaten in their last six matches. Rochdale is winless in their last three matches, in which they have failed to score as well.