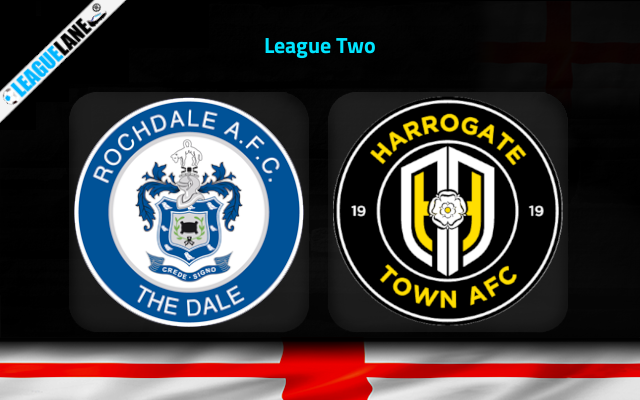 Both these outfits have recorded more defeats than the number of wins and draws they sealed combined. As a result they are positioned at fourth and fifth from the bottom of the league standings.

Rochdale are positioned at 21st spot with a total of 15 points. They are just one point clear from the danger zone at present. Therefore, dropping points in the coming league fixtures will affect their positioning.

They owns a disappointing offensive and defensive line in the league. The team failed to score in three of the previous four league fixtures. All those three fixtures ended up as a defeat for them.

The case is not different for Harrogate. They are currently at the 20th spot with a total of 16 points. Bagging points are essential for them at this stage as they are also very near to the danger zone at present.

Going on, they lost three of the previous five league encounters. They had let in a total of 11 goals in those five fixtures too. It deserves to be mentioned that they owns the third worst defensive line in the season.

By the looks of things, expect a highly competitive affair between these two teams on Saturday.

We are inclined to think that Rochdale and Harrogate may well find themselves both scoring in what promises to be a very even battle here.

But as Rochdale, who have won two of their last four home matches, have a slight chance of beating Harrogate, who are on a seven-fixture winless streak on the road, we would like to place a Draw No Bet option in the favor of the home team.