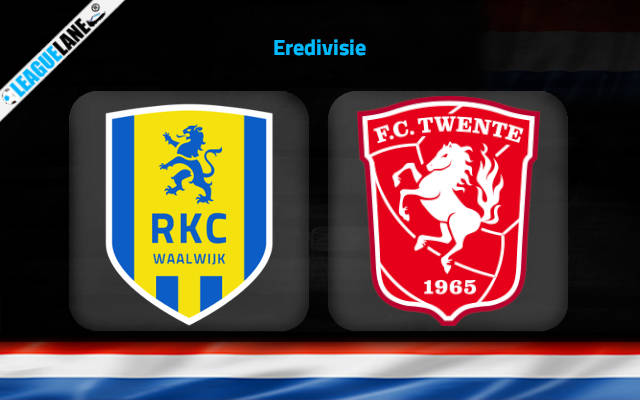 RKC Waalwijk are only two places and five points clear of relegation. They lost two of the last three league appearances and share the same points to Go Ahead Eagles who sits just below them.

Twente is second in the zone of Conference League Play Offs after drawing their last league fixture. Hoping to climb up the table, The Reds take a road trip to Mandemakers Stadion this Friday to stand-off against the hosts for the 24th round of Eredivisie.

The Reds are at the 5th spot on the standing with 42 points from 23 games. They won 12 times in the league while drawing on 6 and losing on 5 other occasions. They scored 36 in total while conceding a sum of 29 till now in the league.

In the game prior to this, FC Twente drew 2-2 with Go Ahead Eagles after their humiliating loss to Ajax before. During their 6 most recent matches, Ron Jans’s men have turned their attacks into goals 9 times thus yielding them a goals per game average of 1.5.

On the other hand, RKC resides at the 13th position on the table with only 23 points. Of the 23 matches played, they won only 5 times in the league while drawing on 8 and losing on 10 other occasions. Their total goals to conceding ratio stands at 25:37 showing that they tend to concede more often.

The hosts prepare for this fixture coming off the back of a 1-1 stalemate against NEC Nijmegen. So far this season in the Eredivisie, RKC Waalwijk has averaged 1.18 points per game at home matches.

Going into this contest, FC Twente have not registered a win against this hosts when having played them away from home in the previous 4 matches in the league. However, we feel that trend will end this Friday as the visitors are excellent on rod this season undefeated in 67% of the games played on road.