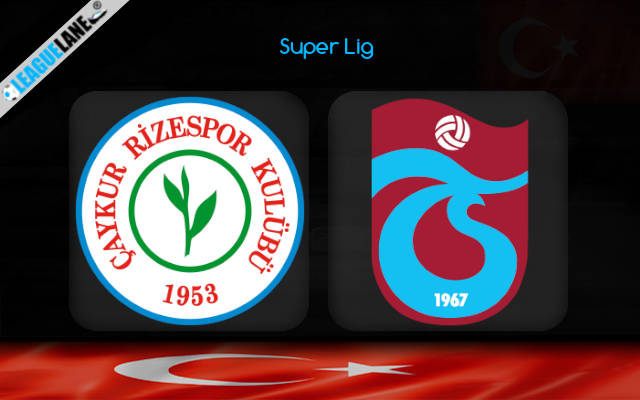 Rizespor lost the last 4 games in succession and are second from the bottom, currently battling relegation to 1. Lig. It has been over 7 games since they last saw a victory in the league. Trabzonspor is on triumph as they are on a 16-game unbeaten run across all competitions. They are currently topping the Turkish Super Lig with a firm 15 points in the lead when compared to the second placed Konyaspor. Hoping to extend their unbeaten run, they travel to Çaykur Didi Stadyumu to battle with the Black Sea Sparrowhawks this Friday.

The visitors are at top flight in Super Lig with 70 points from 29 games. They won 21 times in the league while drawing on 7 and losing only once. They have scored 56 goals in total while conceding a sum of only 23 which shows how profound their defense and offense lineups are.

Trabzonspor will go into the clash following on from a 4-2 league win against Göztepe in their previous match. On average, they have been scoring 1.93 goals in their most recent away matches in Super Lig.

On the contrary, Rizespor resides at the 19th position on the table with only 23 points. Of the 29 matches played, they won only 6 times in the league while drawing on 5 and losing on 18 other occasions.

The hosts suffered 1-3 league loss in their previous game against Kasimpasa which was their 4th consecutive defeat. They have failed to prevent opponents from scoring on 5 of their previous 6 matches, letting in 14 goals in the process.

Caykur Rizespor have not beaten this visitors in their previous 10 matches in the league and have also not won at home in the past 3 league schedules.

We envisage an away win as Trabzonspor haven’t been defeated in their previous 5 league matches away from home and has the best h2h results for the past 7-year period.