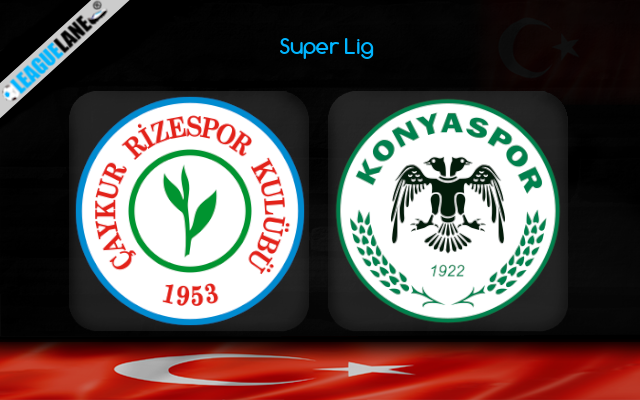 Konyaspor have been enjoying a strong form in the league of late. They have succeeded in recording positive results consistently and as a result, they occupies the second spot of the league table. They are having a total of 58 points, 3 points away from the current topper Trabzonspor.

Konyaspor were last seen playing a 3-0 win at home against Goztepe in a Super Lig fixture. It was their third win of the past four league fixtures. They will be hoping for more positive results.

Meanwhile, Rizespor are not pulling up any trees since the beginning of this season. They have a poor form and its resulted in their positioning on the table. They sits second from the bottom with a total of 26 points. They have an average offensive and a poor defensive lineup.

Rizespor lost 2-1 to Alanyaspor on road in tehir most recent league fixture. It was their sixth defeat in the past 10 league fixtures. Following such a set of demotivating results, they will be having lowest of spirits.

We have nothing much to expect from Rizespor when looking at their recordings this season. Despite of a couple of wins at home of late, there are no other positive recordings from them. We can see them leaking two or more goals in each of their past 4 home league fixtures too.

On the other side, Konyaspor are also having a disappointing form on road of late. But they looks much better than Rizespor and we can see that from their positioning on the table.

Therefore, we back Konyaspor to seal a win from this fixture despite of the 100% unbeaten record of Rizespor at home against them.