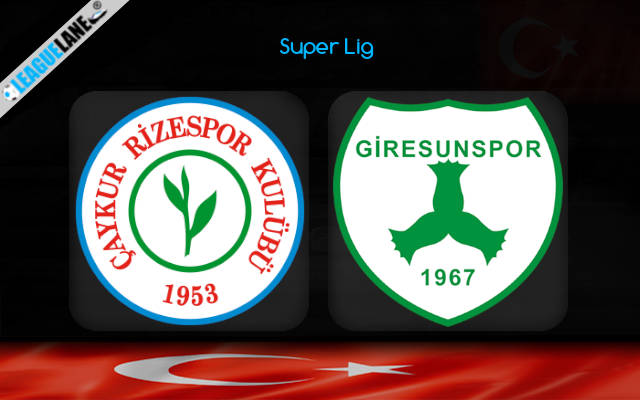 Game week 28 of Super Lig brings us the match between Rizespor and Giresunspor on Saturday Rize.

Rizespor played against Galatasaray in their last match, in which Galatasaray scored three goals in the last twenty minutes to take the lead in the match and earn the win. The match ended with 4-2 FT score.

Giresunspor played against Goztepe in their last match. Giresunspor scored three goals in the match and maintained their lead until the end. Goztepe could find the net only once in the match, ending the game with 3-1 FT score.

Rizespor has played poorly in their matches this season. The team has not won in their last five matches, anchoring them in the relegation zone of the league table. Rizespor stands 19th in the league table and they have earned only 23 points from their matches. The team has lost in a greater number of matches than both their wins and draws combined.

Giresunspor’s win in the last match has put an end to their four-game loss streak. The team’s form has been inconsistent throughout the season, earning them their position at the bottom half of the league table. The team stands 16th on the league table with only 29 points from their matches.

Both teams are in the same position when it comes to their performance in their matches. They have played poorly in their league matches, landing them at the bottom of the league table.

Rizespor had played well in most of their home matches, even earning a 5-game win-streak. However, their form has gone down and has earned only a single win in their last five matches. Giresunspor has got mixed results from their away matches this season. They have also found only one win in their last five road trip, putting them in the same position as the hosts.

Giresunspor will take advantage of their momentum from the win in the last match to gain the win in this match. I believe, the match will end in a win for Giresunspor or in a draw and both teams will contribute to the scoreboard.