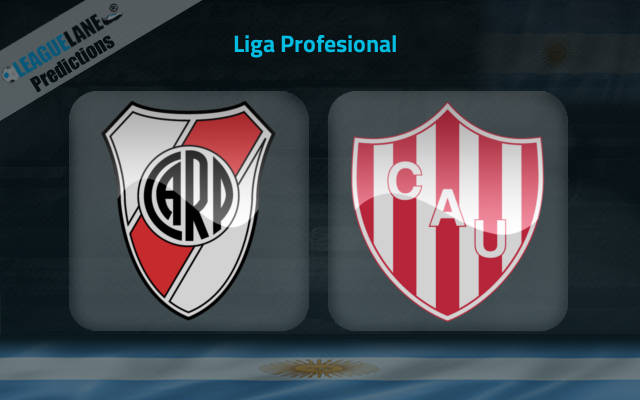 River Plate got the job done on Wednesday in Copa Libertadores. They are now ready to get on the board in Liga Profesional for the first time this season on Sunday when Union Santa Fe come to visit Estadio Monumental.

River Plate were under a huge pressure on Wednesday evening against Argentinos Juniors in the second leg of the Copa Libertadores last 16 round.

They desperately needed success after a disappointing 1-1 draw in the first leg on the home patch which was followed by a 1-2 home loss to Colon at the start to the new Argentinean Primera Division season.

However, Marcelo Gallardo’s troops indeed produced a big-time performance, dominating the pitch from the very first minute to the end.

They came away with a statement victory in a completely one-sided affair to book the quarterfinal against Atletico Mineiro in the strongest continental competition.

The quarterfinal is scheduled for mid-August, leaving River a lot of time to get the domestic campaign up and running after the initial slip-up.

They play host to Union Santa Fe on Matchday No 2 on Sunday evening at Estadio Monumental.

The visitors will come into the game encouraged by a strong showing in a 1-1 draw to reigning champions Boca Juniors in the opening round. Can they avoid a defeat against another Buenos Aires heavyweight?

Union did show a strong display against Boca Juniors last weekend, but we can hardly see them causing damage to River Plate here. After all, Union Santa Fe tend to struggle in away matches against stronger rivals (fell 4-1 at Velez Sarsfield and 3-0 at Talleres de Cordoba in April this year).

Braian Romero and Matias Suarez, who were both rested in the last weekend’s loss to Colon) make a deadly attacking duo. We see them making the difference in the favor of River Plate here.