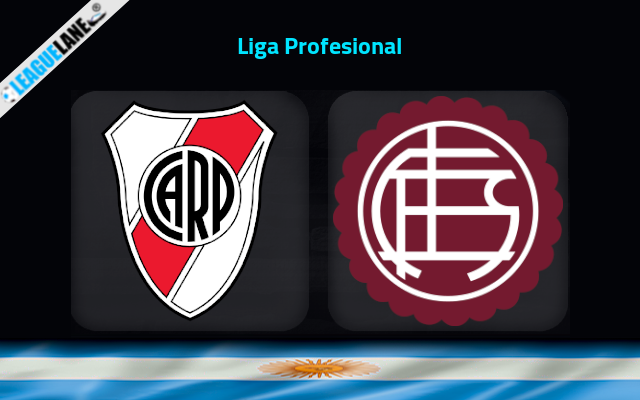 River Plate had a decent form before entering this Liga Profesional season. They were recording unbeaten outcomes mostly of late. Their offensive and defensive line-up were also having a decent form. They followed the above to face their opening league fixture this season.

River Plate faced Defensa Y Justicia on road in their opening fixture. The match ended up in a goalless draw. They added the same from their second league outing and a defeat from their third to follow a negative streak. However, they sealed a motivating 5-0 win against Union lately.

Meanwhile, Lanus had an average form before entering this Liga Profesional season. The most often outcome they have recorded of late is a draw. However, the frequent recording of draws and some positive outcomes have allowed them to maintain their unbeaten run with consistency.

The only home outing for River Plate so far this season ended up in a goalless draw. Their past 8 home outing across all competitions has five positive outcomes with the offensive part of River Plate working impressively.

On the other side, Lanus had an average form on road before facing their first league outfits away. They drew and lost one each of their two on road league outings so far this campaign.

On top of that, River Plate possesses a decent head to head form against Lanus. Therefore, we back River Plate to seal a win from this fixture.