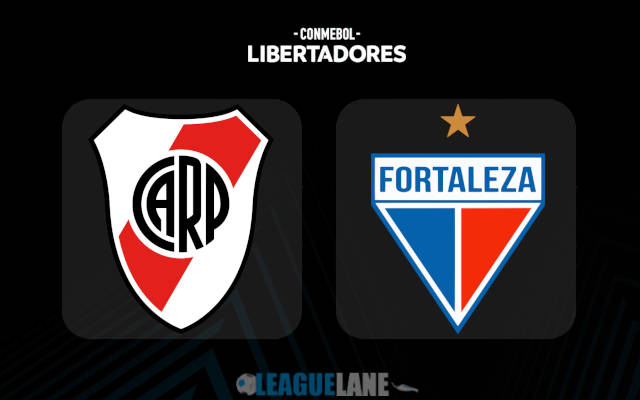 River Plate will be looking to maintain their winning thread on Wednesday evening when they play host to Brazilian side Fortaleza in the second round of Copa Libertadores.

The two teams got off to the opposite starts to the new Copa Libertadores campaigns. River Plate managed a 0-1 victory away at Peruvian outfit Alianza Lima, while the Brazilains fell 1-2 at home to Colo Colo last week.

Matias Suarez was the difference-maker for River Plate six days ago in Peru as he scored the only goal of the game just six minutes after coming on from the bench.

Suarez was also on the scoresheet on Sunday evening in a demolishing 4-2 victory for River Plate over Argentinos Juniors in the derby of the Matchday in the top flight of Argentine football.

Marcelo Gallardo’s men are second in the Liga Profesional standings with six wins in the opening nine rounds of the competition.

On the other side, we have Fortaleza who have just began the new campaign in the new season of the elite tier of Brazilian football.

Fortaleza suffered a disappointing 0-1 defeat to the likes of Cuiaba on Sunday night. It was the second consecutive defeat for Juan Vojvoda’s troops in all competitions.

Fortaleza will thus certainly not travel to Argentina in the highest of spirits, despite winning the local Copa do Nordeste earlier this year.

They will face a very tough task in an attempt to stay unbeaten against the Argentine heavyweights who have scored at least four goals in three of the previous four matches on the home patch in all competitions.

This will be the first head to head meeting between River Plate and Fortaleza.

Fortaleza lack experience as they have just made their debut in the elite continental competition last week against Colo Colo (a 1-2 loss at home).

River Plate are flying high going into this tie. We expect the hosts to shine and secure an easy victory in Buenos Aires. River Plate are 2.40 to win by two or more goals difference on Wednesday.