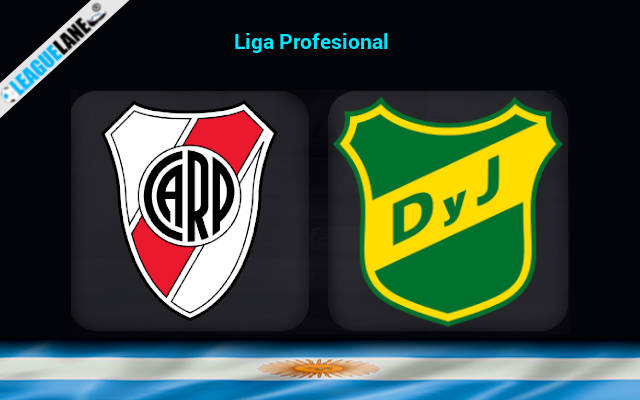 The first placed River Plate and and the third positioned Defensa y Justicia clash this Monday as both the teams drew their previous fixture. Los Millonarios are already in the spot for Copa Libertadores promotion and seeks to extend their lead as they invite The Hawks to Estadio Antonio Vespucio Liberti in the upcoming fixture.

The home team is at the 1st spot with 53 points in hand. From the 23 matches played, they had 16 wins and 5 draws. They only lost 2 times in the league against Colon and Godoy Cruz. They have an excellent goals to conceding ratio standing at 50:15.

The Millionaires are unbeaten in the 18 Liga Profesional games this season with the latest match ending in a draw against Rosario by 2-2. They have kept 3 clean sheets in the last 5 games, conceding 3 goals during this period. Overall this season, their defense have kept a clean sheet on 16 occasions.

The visitors is at the 3rd spot on the table with 41 points from 23 games. They won 11 matches while drawing in 8. They lost 4 fixtures with 38:21 goals to conceding ratio on the table.

The Hawks drew the last game against Colon by 1-1 while the momentum is really building for them as they have now gone 10 games without losing.

River Plate is in excellent home form while Defensa y Justicia are performing poor at away fixtures. Previous matches between the two has averaged 2.83 goals while BTTS has happened 50% of the time.

The hosts won their last 6 home matches in a row while the visitors have managed to keep a clean sheet in 5 out of the last 10 Liga Profesional Argentina away matches.

A thrilling match is up for cards as both the teams are in good shape this season. However, a narrow victory for home side can be expected.