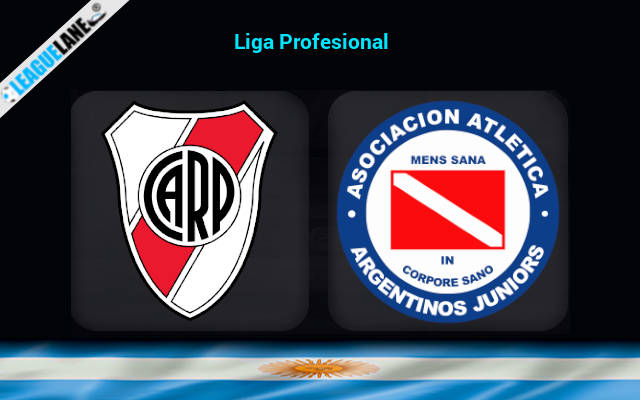 Argentinos Juniors lacked meticulousness at the back lately. They have conceded eight goals in the last four league games, none of which saw them keeping a clean sheet.

It is certainly not the kind of form you want to have going face to face with the deadliest attacking line in the division. We are backing a comprehensive home win here.

River Plate confirmed their spectacular run of form on Thursday evening when they eased past the second-placed Talleres de Cordoba 0-2 on the road despite getting a man sent off as early as in the 8th minute of the affair.

It was the seventh consecutive victory for Marcelo Gallardo’s troops who indeed look unstoppable at the moment.

River Plate have been by far the best team in the second phase of the Argentine Liga Profesional. They are seven points clear at the top of the standings if we are only looking the second stage of the competition.

However, Gallardo’s men are just a single point above the second-placed Velez Sarsfield in the aggregate standings and they need to keep this stellar spell of form going to stay on top and get closer to the new domestic title.

Next up for the current section-leaders are Argentinos Juniors who are currently only one place below the Copa Sudamericana spots.

They claimed an important 3-1 win over ten-man Colon last week, but it is very hard to expect them backing it up here against the red-hot River Plate.