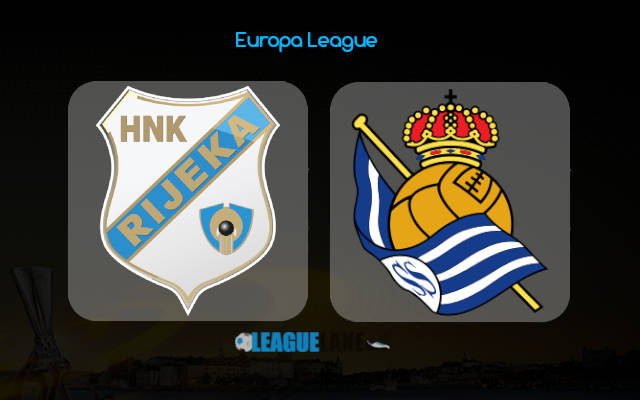 Duel that is surely going to draw a lot of attention this Thursday is happening in Croatia where Rijeka welcomes Real Sociedad. Both teams are currently in amazing form when it comes to their domestic competitions.

Hosts have finally made a comeback to Europa League group stages after beating FC Copenhagen on the road. Real Sociedad have been absent from the European scene for a while too, so they will surely be eager to represent their country in best way possible.

Team from San Sebastian is currently table leader in Spanish La Liga, and favourite to win this clash at 1.75 odds.

These two teams have met once seven years ago in a pre-season friendly game played in Turkey. Full-time result was 2-2.

Rijeka were extremely unlucky last year in Europa League playoffs, failing to make it to groups after losing to Gent. One year before that they got stopped by Norwegian side Sarpsborg, so they are surely going to enjoy their time playing among European elite.

The squad is not doing bad in Croatian HNL. Start of the new season was slow and critical, but squad recovered with three wins in the last four outings against Slaven, Varazdin and Istra, all at this stadium. Besides Copenhagen, they also had to eliminate Kolos in the qualifiers.

As for their opposition, Real Sociedad are looking like a brand new team after the arrival of David Silva from Manchester City. Paired with Januzaj, Willian Jose and a couple of more experienced individuals this squad can definitely fight for top spots in Spain. Striker Portu has been on fire lately, scoring three goals in six appearances.

Team from San Sebastian is currently 1st in La Liga with eleven points from six duels. They easily dispatched Betis during the last weekend 3-0 in Sevilla. We are tipping them to continue with victories and their streak.