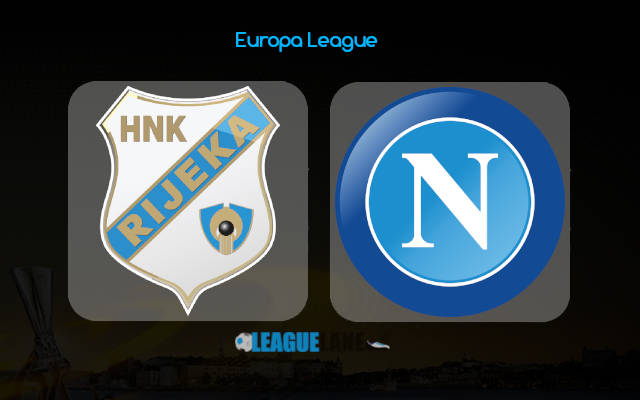 Having lost both their clashes in the Europa League group stage this season, Rijeka shows little promise in the mix to make it into the playoffs. Their previous encounter was on the road, and they lost to Alkmaar with a 4-1 score on the board.

Napoli recovered from their opening loss in the group stage against Alkmaar, with an away win last time out in the Europa League fixture. The triumph against the likes of Real Sociedad in their last visit will most likely increase the morale of the traveling side.

There is no doubt that the away team has more chance of turning the game in their favor. Napoli has a stronger squad than the host and is also from a better competitive league than the latter. Besides, the poor form of the home team welcomes the visitor to an easy win in ninety minutes.

Rijeka is on a three-game losing streak across all major competitions in their schedule. Two of those defeats have seen the host give away clean sheets in the fixtures. In the meantime, Napoli is visiting on the back of a 0-2 loss at home to the likes of Sassuolo in Serie A.

The match doesn’t promise a high-scoring affair, as both clashes in Napoli’s schedule were of the 1-0 scoreline despite the result. The tip for under 3.5 goals will probably be the best bet, as the expected scoreline is 0-2 for Napoli by the final whistle.

Furthermore, their defense is strong as it stood strong against the Spaniards last time out. The away win with a -1 handicap for Napoli is also a suitable option for the punters. Furthermore, Napoli’s sensation Dries Mertens is likely to be behind the action anytime in ninety minutes.