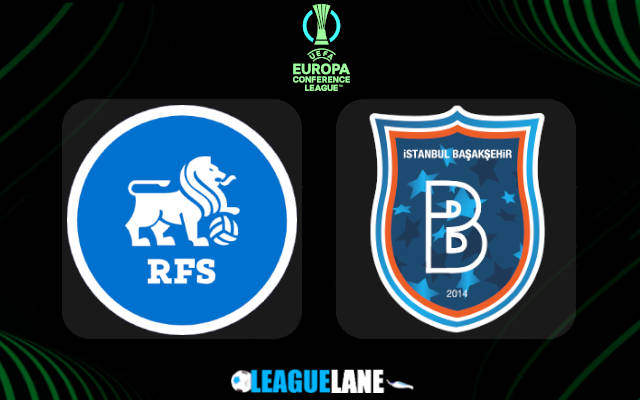 Istanbul Basaksehir have proven its critics wrong. They are at the top of Group A in the Conference League this season. They will travel to NSB Arkādija to play against Riga FS on Matchday 3.

Group A comprises a diverse group of teams. However, Istanbul have shown great quality as they are on a two-game winning streak. Even Serie A giants Fiorentina have lost against this team.

In their most recent Group A fixture, Emre Belözoğlu’s side defeated Fiorentina by 3-0. In that game, Serdar Gurler scored a brace in the second half of the game. The current visitors registered three shots on target and successfully converted all of them into goals.

Moreover, they won against Hearts on Matchday one by a four-goal margin.

The team led by Viktors Morozs are yet to win a single game in Group A. They lost by two goals against Hearts last time.

In their opening game against Fiorentina, the host managed to hold them on a 1-1 scoreline. However, they could not take advantage of Hearts last time.

The visitors have the best winning record in Group A. It is interesting to know that they are yet to concede a single goal in their Conference League fixtures.

If they manage to secure a win in this upcoming fixture, they can firmly claim the top position on the table. Also they have a decent chance to advance to the next round without any hassle.

On the other hand, RFS have conceded three goals in their last two Group A fixtures. As a result they have only won a single point out of a possible six.

Our prediction is that Istanbul will win by 2-1 – the odd for this tip will be at 8.50 odd. This is after considering that the visitors won the most recent match against Fiorentina by a huge margin. Also, they are on a two-game winning streak in Group A.

Our second tip for this game is that the Second half will have the most number of goals – at 2.05 odd. The visitors have scored six of their last seven goals in the second half. Moreover, RFS have scored only a single goal in the Group Stage. This goal was scored in the 74th minute.

The second half will have the most number of goals @ 2.05.