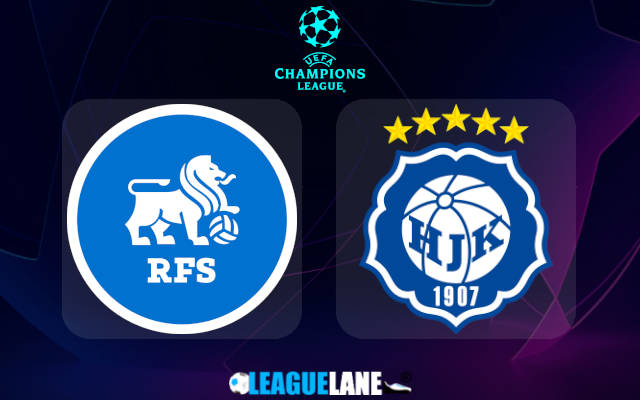 Rigas Futbola Skola play host to HJK Helsinki in a match of their second-leg of Champions League Qualification, hoping to tun things around on Tuesday night at Slokas Stadions.

The two teams met in the first-leg tie in Helsinki on last Wednesday, where Manuel Martic’s 11th-minute winner for HJK proved to be the difference and thus ended in a narrow 1-0 win at home.

RFS sits second in the table with 45 points and are 20 matches into their Latvian Optibet Virsliga league campaign. The hosts come here on the back of a 4-0 win over Spartaks Jurmala in the Latvian Cup on last Saturday. In their last 6 games, Viktors Morozs’s men have netted a total of 11 times, averaging number of goals per match to 1.83.

On the other side, HJK is the most successful side in the history of Finnish football, having won the top division on 31 occasions. They are also well into their domestic league Veikkausliiga, picking up 27 points from their 14 matches. That has left them second on the table just three points behind KuPS.

During their 6 latest matches, Toni Koskela’s men have managed to stick the ball in the net a total of 7 times therefore giving them the goals scored per game average of 1.17 while coming here.

The Latvian side have actually won three of their last four matches in all competitions, scoring 11 times in total. At home, RFS are currently on a 7-game unbeaten run across various tournaments. The side have bagged up 20 goals at home during this process and remain as a tough side to beat in front of home crowd.

Meanwhile, home advantage came into play for HJK last time around, as they narrowed out a win. But they come here on the back of consecutive away losses in the league and in the cup competition.

The home team remain as the favorites to win here on Tuesday.