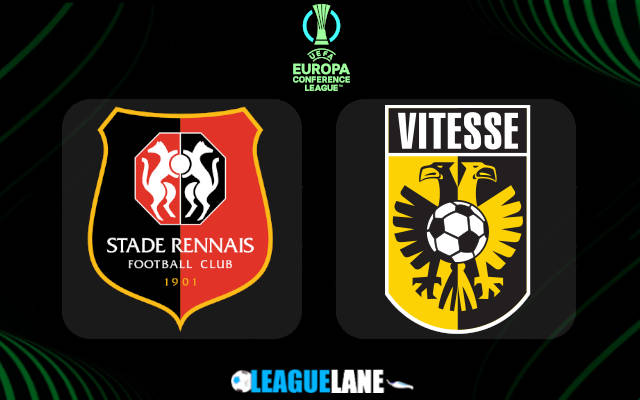 Rennes are flying high these days. They won eight and drew one of the last nine outings across competitions. Bruno Genesio’s men conceded only one goal in the last six home fixtures in all competitions, each of which they’ve won. Since Vitesse lost back-to-back away games to Tottenham (3-2) and PSV (2-0), the home win has to be the way to go here.

Rennes are looking to lock their place in the knockout phase of the UEFA Europa Conference League on Thursday evening when they host Vitesse in the fifth round of the competition.

The Ligue 1 outfit currently sit at the top of the Group G standings with three wins and a draw from the opening four matches.

One of these victories came against Vitesse, back in late-September when Bruno Genesio’s troops completed a comeback after conceding the first goal of the game.

It was generally an open game packed with goal-scoring chances at both ends. Rennes are three points clear off Tottenham Hotspur and four points above Vitesse with two games left to play.

A defeat here would, however, significantly complicate things for the French side if we know they need to travel to London to take on Spurs on the final day.

Vitesse have scored two goals in each of two away fixtures in the group phase. They had 20 shots towards Rennes’ goal in the first H2H game in September.

We would not be surprised at all to see them on the scoresheet here, although the hosts will enter the match in a better form.

Tips for Rennes vs Vitesse