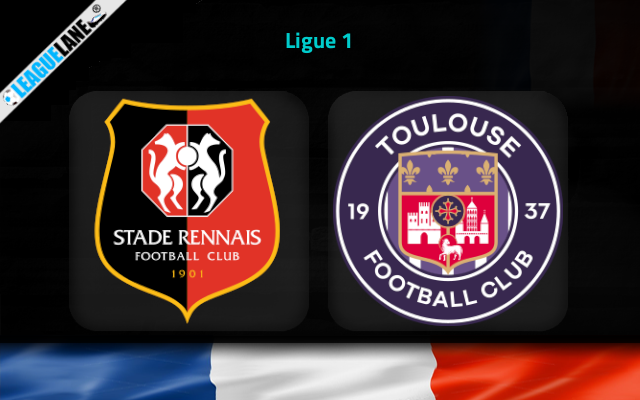 Rennes will be hosting visiting rivals Toulouse in a Ligue 1 fixture on Saturday at Roazhon Park.

Toulouse have returned back to the elite division after delivering an exceptional performance in the past Ligue 2 season.

They have earned the top flight promotion by claiming the second division title. However, they had a dismal start to this season. Their victories over the likes of Reims, Montpellier and Angers remains as their only positive outcome they have recorded so far in the season.

Going on, they have let in two or more goals in the previous four Ligue 1 encounters. Such a defense might allow goals in the same trend on Saturday.

Meanwhile, Rennes had a disappointing start to this season but they have succeeded in picking up the momentum later to climb up to 7th position in the league standings.

Rennes are unbeaten since the fourth fixture defeat against Lens in this season. In fact, they are in an unbeaten form in the last 16 games across all competitions.

Apart from that, they have scored at least 2 goals in the last few games. Recently they have been scoring in both halves as well. They had netted in a total of 15 goals in the previous six league encounters.

Their French striker Amine Goiri has scored 5 goals in the last five games across competitions. It is worth expecting one from him against the defense of Toulouse.

There is nothing to expect from the Toulouse side who have a five-fixture winless streak on the road. Having conceded 11 goals in those five games, their defense is in no form to prevent a strong goal-scoring team like Rennes.

Therefore, we can expect them to post at least two against this Toulouse side on Saturday.