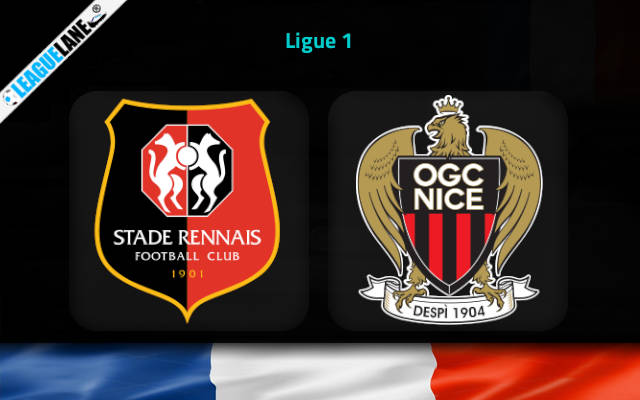 Rennes have been possibly the best team in the whole French top flight lately, and are firmly in control of the second spot in the table. They have been scoring goals in huge numbers, and particularly at home they have been a force to reckon with all through this 2021-22 season.

Meanwhile, Nice might not be in the best of forms lately. But they have been scoring goals consistently, and impressively on the road, their offense has been on fire.

It also deserves to be mentioned that they have the better h2h record in recent years.

By the looks of things, the expectation is that goals will come from either side of the pitch this Sunday at the Roazhon Park.

Rennes recorded a massive 0-5 win on the road the last match-day, against Saint Etienne. They had also remained unbeaten in 14 of the past 15 fixtures, and 11 of these were wins.

They had also scored two or more goals in 10 of the past 13 matches, and at home they have failed to find the back of the net just once since February.

On the other hand, Nice did lose 0-3 at home against Strasbourg. But they are on a three-game unbeaten run on the road. They had also won five of the last eight road trips, and had scored two or more goals in six of the preceding ten away games.

And on top of that, they also have the better h2h record in recent times.

Taking into account all these observations, expect a goal-fest between the two teams this Sunday.

Tips for Rennes vs Nice