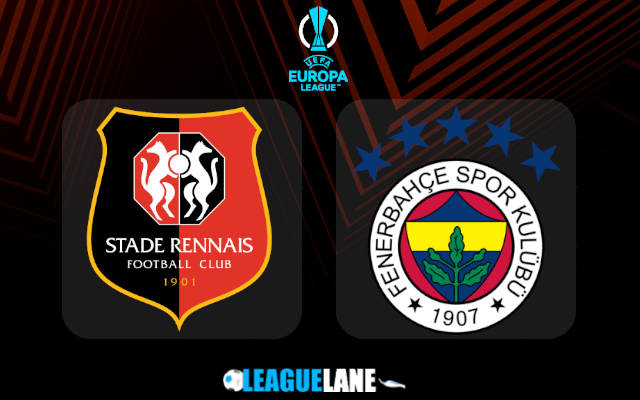 Rennes are the heavyweights of Group B in the Europa League, and as expected they started their campaign with a win. They are placed at the top of the table at the moment, and will lock horns with the second-placed Fenerbahce this Thursday at the Roazhon Park.

Fenerbahce are from the Turkish top flight, where they finished second in the table the previous season. However, they are currently in possession of the seventh spot, and lately they are struggling to show consistency.

Particularly on the road, they had several unimpressive results lately, and they are also letting in goals in plenty in such fixtures.

Meanwhile, Rennes are on a long series of good results. They are finding the back of the net in plenty, and are also on a winning streak in front of their home crowd.

They finished fourth in the prestigious French top flight the last season, and they overcame intense competition in order to do that. This certainly improved their confidence, and after their victory in the opener against AEK Larnaca, they are now determined to secure the first position in the group.

As things stand, expect a victory for hosts Rennes this Thursday.

Rennes registered a 5-0 win at home in their latest game here. The game was against Auxerre, in the Ligue 1.

They are also on a four-game unbeaten run, and three of these were victories. Do also note that they scored two or more goals in four of their past six fixtures.

In addition, they are on a three-game winning streak at home, and scored 10 goals in the process. Moreover, they won 13 of their past 16 appearances at home as well.

On the other hand, Fenerbahce lost their latest road match, and they remained winless in three of their past five away games.

Going on, they do not possess the experience or exposure of their counterparts of the day, who are part of one of the top-five leagues in Europe.

By the looks of things, expect a win for Rennes this Thursday at their home.

Tips for Rennes vs Fenerbahce