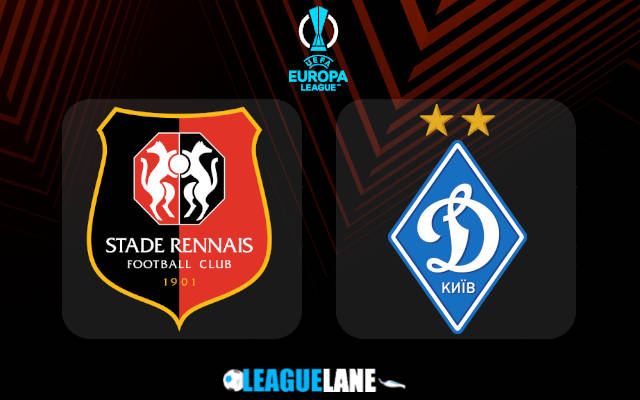 Rennes are the toppers of Group B in the Europa, and they are also the only team in the group from a top-five league in Europe. They are at home this Thursday, and are easily the favorites to secure a win against the bottom-most placed Dinamo.

Kiev have a 100% losing record in the league, and conceded the most number of goals, as well as scored the least.

They are also on a poor stretch of performances in their overall matches lately, and they particularly have been struggling on the road.

In fact, they lack match practice, as the previous edition of the Ukrainian top flight was abandoned midway, and this time around the team is placed 13th in a table of 16. To put it precisely, they have a 100% losing record, barring just one game.

Meanwhile, Rennes finished fourth in the French top flight the last season, and that too above the likes of Lens, Lyon, Lille etc.

Currently they lost just twice so far in the Ligue 1, and only four other teams scored more goals than them in the entire competition.

Moreover, they are placed at the top of their group in the Europa, and they will be eager to keep their lead intact.

As things stand, expect a victory for Rennes this Thursday at the Roazhon Park.

Kiev are placed bottom-most in the group table with a 100% losing record. They lost six of their past eight overall games, and in the process they even went on a five-game losing stretch. Do also note that they were winless in eight of their past nine road trips.

On the other hand, Rennes are on a six-game unbeaten run, and they scored two or more goals in four of their preceding seven matches. Moreover, they won 13 of their former 17 appearances at home.

Considering these observations, expect a win for in-form Rennes at their home this Thursday.

Tips for Rennes vs Dinamo Kiev