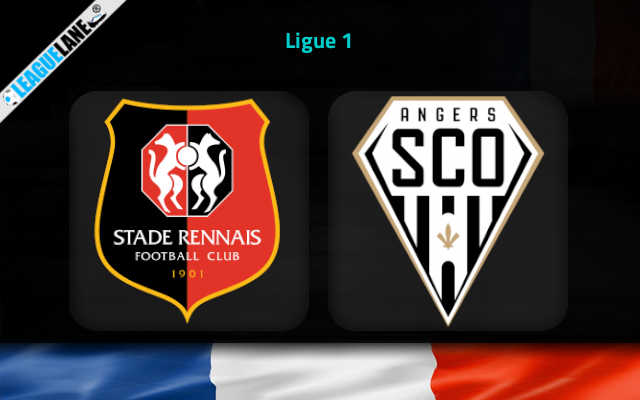 Rennes are flying high these days. They bagged four goals in each of the successive Ligue 1 wins over Troyes and Montpellier in the last two rounds.

Bruno Genesio’s men will continue their pursuit for the top-three finish on Sunday afternoon when they play host to Angers in the 27th round of the competition.

Rennes broke into the top-four in the league table after the aforementioned back-to-back wins in the previous two Gameweeks.

They are now three points shy of Nice in third position and have a great chance to make it three victories on the spin here against the out-of-form Angers side.

The visitors travel to Roazhon Park in an entirely opposite mood. They lost five matches on the trot and are now 14th in the league ladder.

Gerald Baticle’s job is thus well on the line and the schedule does not work in his favor either because it is very hard to expect Angers break their horrendous losing thread here against the red-hot Rennes side.

On a bright side for Baticle and his troops, they are still safe while being seven points above the relegation area.

The latest of their failures came seven days ago when they dropped the lead to lose 1-2 at home to Lens.

Angers notched only one goal in the last three league matches. They also have a dreadful record on travels with four defeats and a draw in the previous five outings away from home in all competitions.

Angers have been more successful in the recent head to head history with three wins and a loss in the last four encounters with Rennes.

However, Rennes have been dominant in the history of home clashes with Angers. The hosts won 8, drew 3, and lost just 1 of the last 12 games against Angers at Roazhon Park.

Angers notched only eight goals in the last twelve away outings against Rennes.

We have a crystal clear situation here. Rennes are scoring for fun these days and they are up against a side that has lost five straight matches in Ligue 1.

We will back the hosts to dominate, have the lead at the half time and win the match at full time at the odds of 2.10.