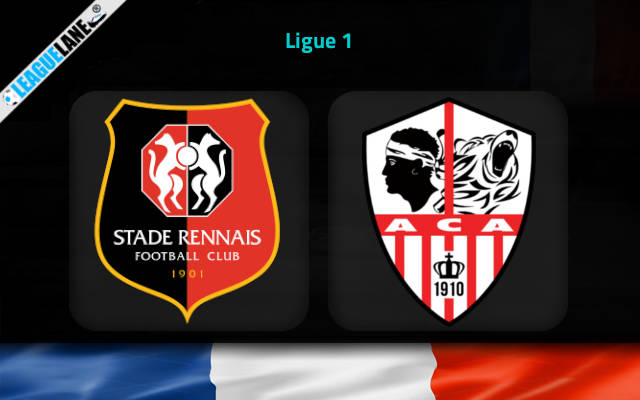 Rennes and AC Ajaccio have claimed a point apiece after the opening two rounds of the new Ligue 1 campaign.

While the experts have predicted the newly-promoted side to struggle for survival in this term, not many believed that Rennes would already fail to get a win under their belts before Gameweek No 3.

Bruno Genesio’s men dropped the ball on the opening day of the season, falling 0-1 at home to the likes of Lorient.

They fixed the impression last weekend by holding Monaco to a 1-1 stalemate away at Stade Louis II.

However, head coach Genesio was certainly disappointed after the draw since his team had an extra player on the pitch for the majority of the game. Youssouf Fofana got sent off for Monaco 18 minutes into the tie.

It is also worth mentioning that Axel Disasi missed a penalty-kick for Monaco on the occasion.

It will be very interesting to see whether Rennes will find the way to rebound from such a poor start.

Their rivals AC Ajaccio do look significantly weaker than the rest of the playing field in the top flight of French football at the beginning of the season.

Last season’s Ligue 2 runners-up failed to get more than two shots on target in the last weekend’s goalless draw at home to Lens.

AC Ajaccio had previously fallen 2-1 away at Lyon on the opening day of the new Ligue 1 season.

Rennes possess much more quality in their ranks and they will be highly motivated to rebound from a slower kick-off to the season.

We expect the hosts to confirm the favorites’ role and record a comprehensive victory at their Roazhon Park without too many problems. You can back Genesio’s men to win by two or more goals difference at the 2.25 odds.