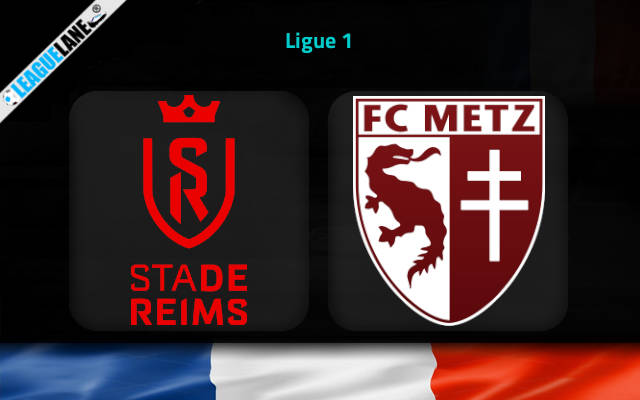 In game week 21 of Ligue 1, Reims face Metz for their next match on Sunday at Reims.

Reims is in the 14th position on the league table 24 points from 20 matches. They played their last match against which ended in a draw. Both teams couldn’t score in the match ending the match in goalless draw.

The team is in-form at the moment and are unbeaten in their last three matches. The team had trailed in the beginning of the season but are now trying their best to move up the table and get a spot for the qualifiers.

The team’s record in home matches has not been very impressive. With 9 games played so far, they have an equal number of wins, draws and losses. However, the team has scored in six of the matches.

Metz is in the 19th position on the league table with 16 points from 20 matches. They played their last match against Strasbourg, which ended in a loss for the team. The opposition scored two goals in the match whilst defending well to prevent Metz from scoring.

Metz has not performed well throughout this season. They are in the relegation and would be relegated to League, if they don’t find more wins in the upcoming matches. From the last ten matches, the team has scored in seven of the matches but could win in only two of them. The team also has an equal number of draws and losses (4-4).

Metz has a poor record in their away matches. They have played ten away matches so far and have scored in only six of them. They have only two wins to show from the matches and have not won in the last two matches as well.

Both Reims and Metz had not performed well in this season. However, Reims have improved their game in the last couple of matches and have moved up the table. In-form Reims have more chance of a win in the next match than Metz. They also have the advantage of playing in their home ground as well.

They have not scored in many of the recent matches. It is very likely for the match to end in under 2.5 goals and for Reims to win in the match.