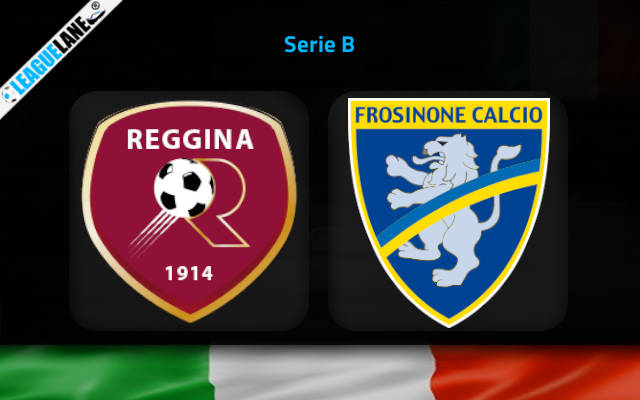 Reggina vs Frosinone Predictions and Free Tips from our expert tipsters when the teams go head-to-head in Serie B on Thursday, 8 December 2022.

Frosinone’s eight-game unbeaten streak will be at risk as they will face their rivals Reggina. Fabio Grosso’s side will be concerned about the fact that his team have not won in their last two outings.

Meanwhile, Reggina picked up an important win over Brescia. Now they are four points from reaching the top of the table.

Frosinone are unbeaten in the last four occasions starting from 2021. The most recent meeting at Reggina’s home ground ended in a goalless draw.

Frosinone have kept a clean sheet in their last three consecutive overall meetings. This will be the second time both these teams will be meeting each other this year. Reggina have won only once in their last five encounters against the current league leaders.

Who will win the match between Reggina and Frosinone?

Fabio Grosso and his men will most likely take all three points from this fixture. They are the table toppers. Not to mention that they have a decent winning record against Reggina.

It is unlikely that both teams will score. This is after considering that Frosinone have kept three consecutive clean sheets against Reggina.

You can back the following, as our first tip for this game is that Frosinone will score over 2.5 goals– at 8.00 odd. In their last two wins from 2021, the visitors have scored a minimum of three goals.

Our second tip is that Frosinone will keep a clean sheet– at 3.25. We can back this tip as the visitors have kept three consecutive clean sheets against this side.