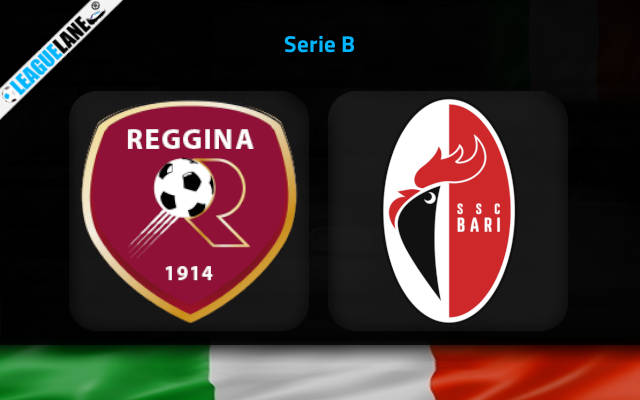 Reggina and Bari will take on each other in a massive Serie B clash on Saturday evening at Stadio Oreste Granillo.

This is the match between the second and the third placed teams in the league ladder. Only the top two outfits will earn the automatic top-flight promotion at the end of the season which makes this a huge six-pointer.

Reggina are three points above the third-placed Bari at the moment. They will go into this on the back of a 0-1 road win over Como.

Hernani made the difference by netting the only goal of the game from the penalty spot.

Nevertheless, this could be an equally tough match for Reggina as they are set to face the red-hot Bari who have bagged seven goals in the last two wins over Cittadella and Modena.

Michele Mighani has a strong firepower on display in the final third even without the competition’s top scorer Walid Cheddira who is away on an international duty for Morocco.

Veteran Mirko Antenucci has 5 goals in 15 appearances this term and he will be one of the main threats for Reggina’s goal on Saturday.

This match has goals in it knowing how efficient both outfits have been so far in the season. Reggina have suffered a painful 0-3 loss to Frosinone in the previous home game and we are afraid they might face a similar destiny against the in-form opposition here.

The value is great with Bari to win & Over 2.5 goals FT pick at the 6.50 odds, while we will also back veteran Mirco Antenucci to score anytime for the visitors at the 3.60 odds.