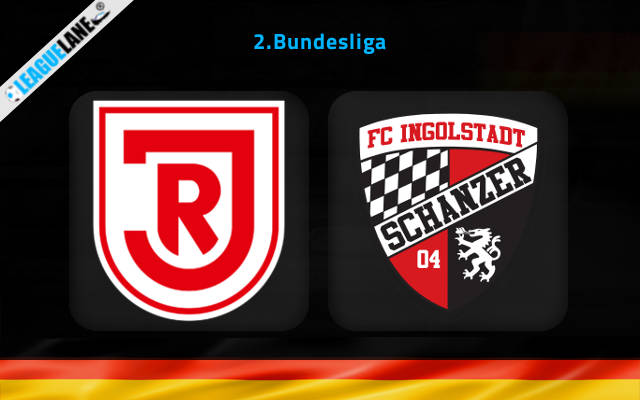 With 3 games unbeaten, Regensburg will be looking to extend that lead as they meet the rock bottomed Ingolstadt. The two will face off each other at Jahnstadion Regensburg this Friday.

Jahn Regensburg is at the 10th spot on the standing with 37 points from 28 games. They won 10 times in the league while drawing on 7 and losing on 11 other occasions. They have put together a good run of form and has now gone 3 games without defeat. Just 2 of the last 5 games for them have ended with both teams scoring.

Regensburg enter this fixture after a 1-1 league drawn result over Hannover. Under three goals per match were seen on all of their last 6 meetings where they have been involved.

On the other side, Ingolstadt resides at the rock bottom closing the 18th position on the table with a mere 18 points. Of the 28 matches played, they won only 4 times in the league while drawing on 6 and losing on 18 other occasions. Their total goals to conceding ratio stands at 25:54 which is the worst in 2.Bundesliga, showcasing their dreadful lineup.

Ingolstadt head into the encounter following a 3-2 league win against Erzgebirge Aue in their most recent game. They have been scored against on all of their last 6 games, conceding 13 goals overall. They had fired blanks in 12 games this season and that’s 43% of games where they have not been able to find the back of the net.

Jahn Regensburg has enjoyed playing at home recently, with the side currently unbeaten in 2 games. They have not been beaten in the league by Ingolstadt in their previous 5 matches.

Meanwhile, Ingolstadt have not emerged victorious against this rival in away games against them for the last 2 league games. Also, they haven’t won away from home in the past 3 league games.

Considering all these factors into account, expect a win for Regensburg this Friday.