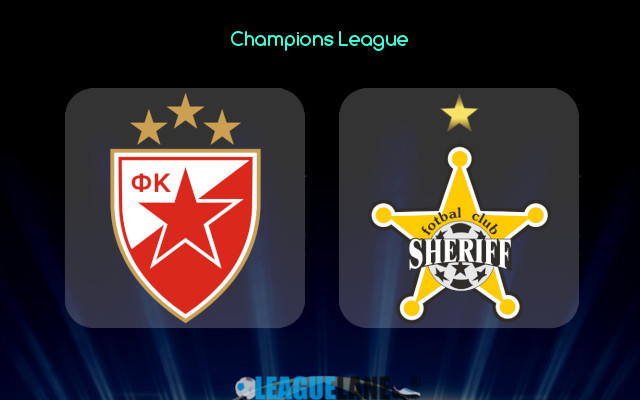 Red Star are the reigning champions of the Serbian top flight, and are in stupendous form. Meanwhile, Sheriff are from the lowly Moldovan domestic league, and they just are not used to the type of quality that Belgrade possess. Likely, expect a win for the hosts this Tuesday.

They had cruised to the title in style in Serbia the last season. Such was their domination that they had gone on an invincible campaign. The team recorded wins in 35 of their total 38 games, and the posted draws in the remaining three fixtures.

In the process, they had scored a total of 114 goals, and in return they had conceded just 20 goals. They are also on a phenomenal run at home, and are scoring goals in huge numbers.

In the meantime, Sheriff may be the top dog in Moldova, but it needs to be understood that the Moldovan National Division is one of the weakest domestic leagues in Europe.

The teams there are not well-versed with quality opposition, and have always been like fish out of water in European matches.

Likely, expect a win for Red Star this Tuesday.

Belgrade were unbeaten in 49 of their past 50 overall fixtures, and in the process they had even gone on a run of 21 win from just 22 games. They had also won 16 of their past 17 appearances at home, and are unbeaten at home for more than nine months.

On the other hand, their counterparts were winless in four of their last nine overall match-ups, and three of these were defeats as well. In addition, and most importantly, they are from a rather weak domestic league.

Likely, expect a huge win for Red Star this Tuesday.