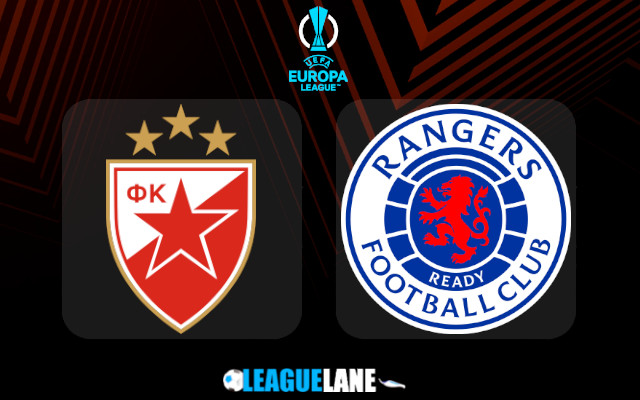 To say that Rangers were lucky to beat Red Star Belgrade 3-0 in the first leg on the home turf is an understatement.

The Scottish champions scored and conceded three goals apiece seven days ago in Glasgow. The difference between the two teams was that all three of Red Star’s goals were disallowed for tiny offsides (all good calls, though).

On top, Red Star Belgrade missed a penalty as their best player Aleksandar Katai was denied by Allan McGregor from the spot.

Nevertheless, a decent performance at Ibrox Stadium will count for little for Serbian champions who now have a mountain to climb to try and bounce back with a win by at least three goals difference (to earn extra-time) in the return leg on Thursday night at Stadion Rajko Mitic.

We certainly have reasons to expect an open game packed with goals on the occasion because the team led by Dejan Stankovic have nothing to lose here.

Both teams were successful at the weekend in their respective domestic competitions. Red Star Belgrade took over bitter city rivals Partizan Belgrade at the top of Super Liga standings after a 1-2 victory over Metalac GM on Monday.

Rangers, on the other side, advanced to the Scottish FA Cup semifinal by beating Dundee FC 0-3 on the road on Sunday afternoon.

Red Star Belgrade left a great impression in the first leg in Glasgow despite a tough result. They will have a huge boost from the local crowd in Serbian capital on Thursday.

However, we can’t resist the impression that the bookmakers have significantly underestimated Rangers here, pricing them up at the 1.66 odds not to lose the match. We will also back the Over 2.5 goals FT bet at the 1.90 odds.