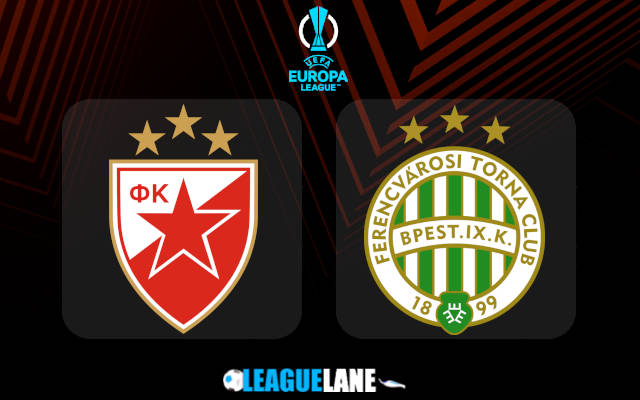 Ferencvaros have been the best team in the group so far, and are admirably placed at the top of the table. They have a 100% winning record till now, and will be the favorites to secure a win this Thursday against the dead-last placed Red Star Belgrade, who have a 100% losing record.

Ferencvaros are the reigning Hungarian champions, and they have started this new domestic season in style as well. The last time around, they secured the title with a 12-point lead at the top, and they scored the most number of goals of all the teams in the competition, as well as let in the least.

Note that they also won 22 of their total 33 league games till now.

And currently, they are at the top of the league table with a 100% winning record, and they have a combined scorecard of 18-1 from their six league games till now.

They also won against titans Monaco, and Trabzonspor in their opening two matches in the Europa.

In the meantime, Red Star Belgrade are placed at the bottom of their group, and they lost all of their fixtures so far. They also scored the least number of goals of all the teams in the group.

As things stand, expect a win for Ferencvaros this Thursday at the Stadion Rajko Mitic.

Red Star were winless in six of their previous eleven overall games, and they were also winless in three of their past five appearances at home.

They also lost just twice away from home since January, and in the process they went on two separate three-game winning streaks, and two separate four-match winning runs.

Taking into account these observations, expect a win for Ferencvaros this Thursday.