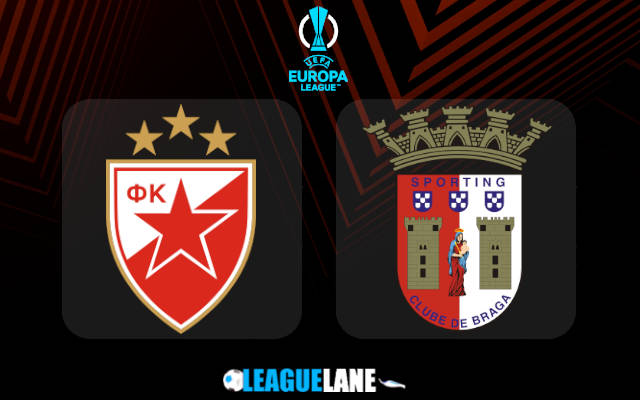 Red Star Belgrade host Sporting Braga in one of the most exciting games of the opening day in the new UEFA Europa League season.

Both Red Star Belgrade and Sporting Braga possess enough European experience to hope for finding the way out of this Europa League group with Midtjylland and Ludogorets.

This opening round affair obviously carries a massive importance which is why we do expect both managers to come out with a slightly more careful approach.

Both outfits made it to the knockout stage of the competition last season.

Red Star Belgrade provided a phenomenal resistance against Italian giants Milan, playing two separate draws but suffering elimination on an away goal rule in the last 32 round.

Braga also faced the Italian opposition, but they left a much more modest impression, losing both home and away to Roma (1-5 on aggregate).

Red Star Belgrade should be in a better form having faced several tough opponents in Champions League and Europa League qualifications this summer.

They were beyond impressive in the 4-0 drubbing of Romanian champions Cluj in the first leg of the Europa League playoffs.

If they can repeat such a performance in Belgrade, we have reasons to see them even as the favorites here against Braga.

The Portuguese team, on the other side, will play their first European game this Thursday. They will enter it off the back of successive goalless draws against mid-table rivals Vitoria Guimaraes and Pacos Fererira in the Primeira Liga.

None of the past three H2H affairs between these two sides saw three or more goals scored. Braga played back-to-back goalless draws in their domestic league. Red Star Belgrade shipped only three goals in the inaugural seven rounds at the start of the new season in the Serbian top flight.

We don’t need anything else to call the Under 2.5 goals FT the best betting option for this match at the odds of 2.00. As for the outcome, we’ll go with Red Star Belgrade to take the home court advantage in an electrifying Belgrade atmosphere.