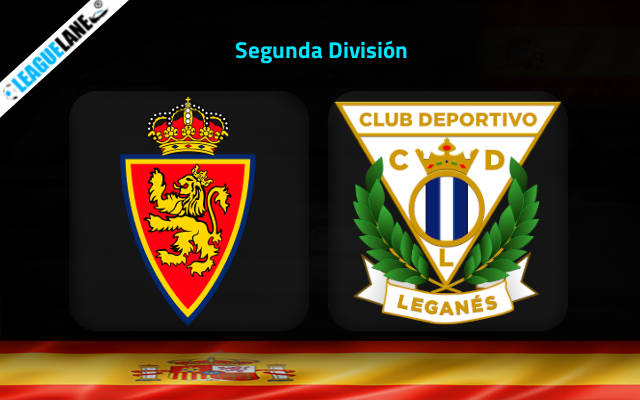 Real Zaragoza are very tough to break down at home where they have a goal difference of 5-4 in eight games.

Leganes have kept back-to-back clean sheets in the last two league fixtures against Huesca and Real Oviedo. Under 2.5 goals FT is our main betting option here.

Real Zaragoza moved up to the top half of the Segunda Division standings after three successive victories over Burgos, Sporting Gijon, and Las Palmas in the last three rounds.

The team led by Juan Ignacio Martinez will be looking to make it four on the trot on Monday evening when they play host to bottom-half strugglers Leganes in the last game of the Matchday No 17.

The hosts have finally started to clinch victories and are currently just four points below the promotional playoffs spots.

They have lost only two games since the beginning of the season, but at the same time have collected the most draws out of all Segunda Division outfits.

Zaragoza drew in 10 of 16 matches this season. Six of these draws came in their eight home outings.

The team’s attacking line seems to have finally clicked of late as the team bagged five goals in the last two wins.

The back line is still rock-solid as Zaragoza own the second-best defensive record in the competition.

Leganes will also head into this tie on a high following a run of three subsequent matches without a defeat.

They are still third from bottom, though, and have a mountain to climb to get their campaign up and running.