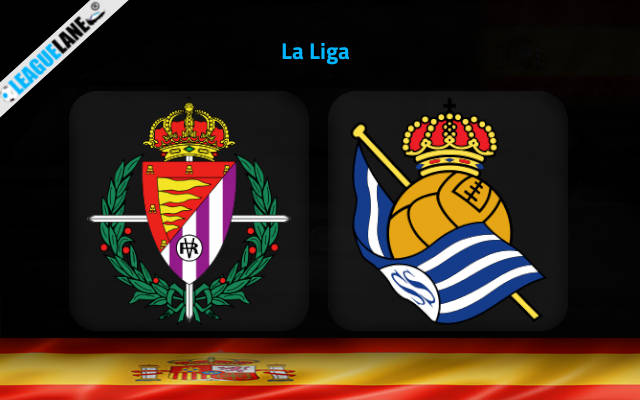 Sociedad are possibly the best team in the competition at the moment. They are on a long winning streak, and are placed third in the table. Meanwhile, Valladolid were promoted to the top flight only at the end of the previous season, and they understandably are going through a poor series of results.

Valladolid are placed 11th in the table as of now, and so far they managed to register just three wins.

Most of their games this season ended with them dropping points, and even so at home. It was quite expected too, considering their inexperience.

They made the transition into the top flight just at the end of the last season, and they are surely finding it hard to stand their ground against the veterans of the La Liga.

Meanwhile, Sociedad are in possession of the third spot in the table – below defending champions Real Madrid, and titans Barcelona.

Not just that, they are level on points with the second-placed Barcelona, and considering that the Catalans have a tough fixture against Villarreal coming up – this is the opportunity to go after the second position in the table.

Going on, Valladolid also have a poor h2h record against this rival over the years, and conceded goals in plenty against them.

As things stand, expect a victory for Sociedad this Saturday at the Estadio Jose Zorilla.

Not only are Valladolid new additions to this league, but they also managed to record just three wins this season in all competitions.

During this stretch they let in goals in huge numbers, and even went on losing streaks. They were unable to even make good use of their home games.

On the other hand, Sociedad are the only team in the whole competition to have won the last five matches in a row.

They are in high spirits because of tough match-ups for Barca and Real Madrid this week. In addition, they have a great h2h record against Valladolid over the years.

Likely, expect a huge victory for Sociedad this weekend, against the weak defense of Valladolid.