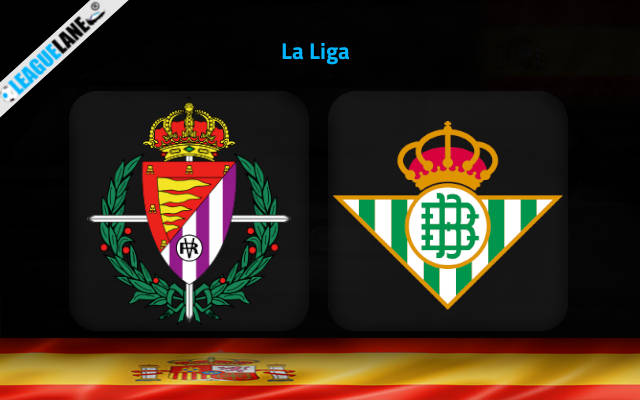 Betis have been one of the top-performing teams in the Spanish top flight this season, and they are placed fourth in the table at the moment. Meanwhile, Valladolid are one of the weakest in the competition, and are in possession of the 15th spot in a table of 20.

Valladolid have a 100% winless record so far in the La Liga, barring just two wins. And these two sole victories came against the struggling Almeria, and Getafe.

Note that they also have a 100% losing record so far at home, disregarding a single match-up this season.

Defense has been an area where they really struggled all through the current edition of the La Liga. Goals are flowing into their nets in huge numbers, and they just cannot find a way to put an end to it.

Meanwhile, Betis have a 100% winning record in the Spanish top flight this season, barring just two losses. And one of these defeats came against defending champions Real Madrid.

Going on, only a handful of teams have conceded fewer goals than them in the tournament – and importantly they have a dominant h2h record against this foe over the years.

Taking into account these observations, expect a win for Betis this Sunday at the Estadio Jose Zorilla.

Valladolid were winless in nine of their past eleven overall fixtures, and in the process they even lost three of their former four games. Do take into account the fact that they let in two or more goals in three of their preceding four matches too.

On the other hand, Betis won eight of their past ten overall fixtures, and in the process they went on two separate four-game winning streaks. Going on, they scored two or more goals in seven of their former eleven matches too.

Considering these observations, as well as past h2h superiority of Betis, expect a win for them this weekend.