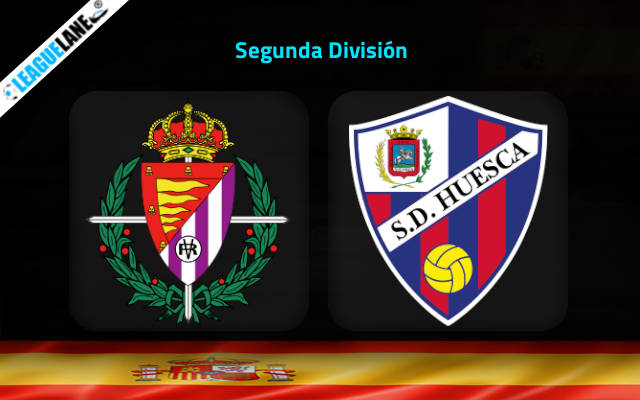 The final round of LaLiga 2 is scheduled this Sunday as the automatic promotion seeking Real Valladolid will play host to the mid-side Huesca. These two sides will cross swords at Estadio José Zorrilla this Sunday.

Real Valladolid is at the 3rd spot on the standing with 78 points from 41 games. They won 23 times in the league while drew and lost 9 matches each. The home side lack just 2 points from Eibar and Almeria who share the first and second spots. Valladolid are currently leading the Play Off promotion.

The hosts, who won their previous game, will hope for a similar result following the 2-1 La Liga 2 triumph against Ibiza. Valladolid haven’t had any problems with scoring, netting in each and every one of their last 6 games. They’ve managed to rack up 10 during that period and have conceded just 5 of them.

On the other hand, Huesca resides at the 11th position on the table with 54 points. Of the 41 matches played, they won 13 and drew on 15 while having lost on 13 other occasions. The visitors have nothing to play for in this dead rubber of a match on Sunday night as they could neither get a promotion nor will fall into relegation at this point.

Huesca head into the meeting following a 3-2 league win over Real Sociedad B in their previous game. They have been scored against in 5 of their last 6 matches, seeing opposing sides hit 7 goals in total. At the back,they certainly need some improvement.

Real Valladolid won 13 out of the 20 home games played so far and remain as the third best home team this season. They also come here on the back of 3 consecutive league wins.

Meanwhile, Huesca haven’t won away from home in the past 3 league matches and lost the last 2 in a row. But they won the last 2 meetings with this rival.

Considering the current form, and the utter desire to seek promotion, we feel that a home win is likely to occur this Sunday.